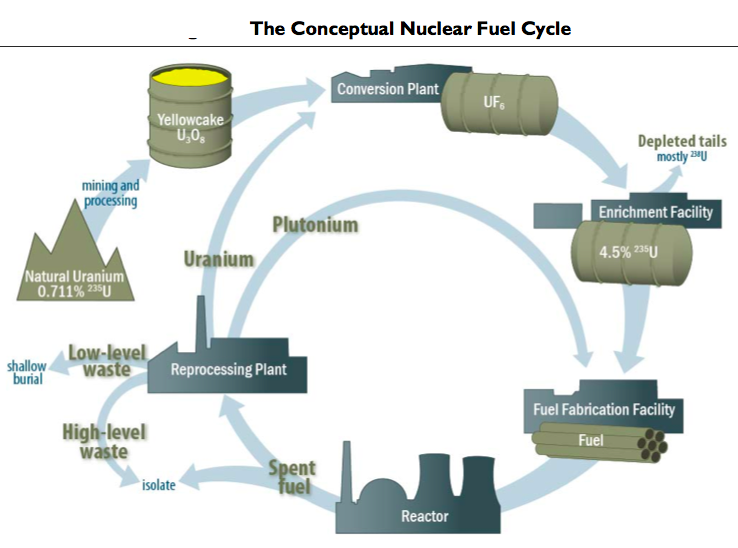 On Tuesday, Iran’s Foreign Minister, Mohammad Javad Zarif, presented his government’s proposals for ending the international stand-off over Iran’s nuclear enrichment program. Iran maintains that the program is for the production of fuel for the country’s nuclear reactors. The US, Western Europe, Israel and the Gulf Cooperation Council oil monarchies are convinced that Iran is trying to make an atomic bomb. The US and Israel have parlayed these international concerns into severe sanctions on Iran, which have caused the value of the riyal to plummet and created hardships for ordinary Iranians.

The dilemmas of proliferation with centrifuge technology are laid out clearly in this paper by Houston G. Wood et. al The paper, however, seems to me to underestimate how difficult it is to construct a warhead and delivery system. Moreover, Iran is being actively inspected by the UN and no country under ongoing inspections has ever developed a nuclear weapon.

Regular readers know that in 2009 I put forward a theory of Iranian actions, that the country does not want to blow up an actual bomb but that its security establishment wants what Japan has, nuclear latency or a break-out capacity, i.e. the ability to construct a bomb in short order if the country faces an existential threat (such as an invasion of the sort Iraq faced in 2002-3). Over time Secretaries of Defense Robert Gates and Leon Panetta, as well as former Israeli Defense Minister Ehud Barak, have agreed that Iran is likely not seeking a bomb but rather a break-out capacity. Nuclear latency has many of the same deterrent properties as actually having a bomb, but does not incur the kind of isolation North Korea is suffering.

A settlement of the conflict between the US and Iran over nuclear enrichment would have to convince the US that Iran has no active weapons production program, and would have to allow Iran to enrich for energy. What would a settlement look like?

1. Iran would have to stop being prickly and nationalistic and would have to give the United Nations International Atomic Energy Agency inspectors access to everything they want to see. Iran maintains that it is not attempting to construct a bomb, but its protestations of innocence have been undermined by less than 100% cooperation with the inspectors. President Rouhani should pull out all the stops to ensure the inspectors get all the access they want. FM Zarif on Tuesday apparently ruled out snap inspections, but regular extensive inspections would anyway be more to the point.

2. The US would have to acknowledge Iran’s right to enrich uranium to 5% for fuel for its reactors. The US itself, France, Japan, Britain, Russia, China, India and some others either already do this or have the proven capacity to do so.

3. Iran would likely have to give up enriching uranium to 19.5% for its medical reactor, as a good faith measure.

5. Iran might have to accept online real-time monitoring of its uranium, both raw and low-enriched, by the IAEA

6. The US would have to agree not to veto steps by the UN Security Council to loosen or remove multilateral sanctions.

7. Iran’s uranium would have to be stored as uranium oxide, which is not as easy quickly to convert into high-enriched uranium.

8. President Obama should enunciate a doctrine that the US would not invade Iran or attempt to overthrow the Iranian regime in the absence of overt Iranian military aggression toward the US or a close US ally. The senate likely would not pass a non-aggression treaty, but a presidential doctrine would have some legal and moral force. This step is important because the Iranian quest for nuclear latency is driven by regime insecurity, given the 1953 US coup against the then elected Iranian government.

9. Iran might have to agree to limit the number of centrifuges it maintains, so as to make the rapid construction of a bomb much more difficult. There is no way for an enrichment program to be prevented completely from being used for bomb-making, but the break-out can be made difficult and time-consuming.

10. The US would have to learn to live with the vague potential of Iranian breakout. But US intelligence, satellite surveillance and the threat of restored severe sanctions could work to forestall any such development. Of course, the Supreme Leader of Iran has forbidden constructing, stockpiling or using nuclear weapons, so that attempting to break out in the absence of a clear and immediate threat to Iran’s survival would not be legitimate in the eyes even of regime loyalists. Ultimately, as well, the US and Israeli nuclear arsenals and sophisticated delivery systems are the real bar to Iran using a nuclear weapon, the likelihood of which is virtually in imaginary numbers territory.

Can a breakthrough be had? I believe so. The sticking points will be the extremists on both sides. In Iran, the Revolutionary Guards and Leader Ali Khamenei think the negotiations are another imperialist US trick, and getting them to sign on the dotted line of an agreement won’t be easy. On the US side, the Israel lobbies and Israel itself will accept nothing less than the mothballing of the whole Iranian enrichment program, which is highly unlikely to happen.

A settlement would therefore have to be one that could be accomplished by Presidents Rouhani and Obama despite the carping of the right wings of their countries.

A lot is at stake. The severity of US unilateral sanctions now reaches the level of a financial blockade on Iran, and blockades are acts of war. An attempt to sanction Iran at these levels over the long term would incur a constant risk of tensions spiraling into war. The US economy was deeply wounded by Iraq; Iran is three times bigger, and another major such quagmire could finish the US off as a superpower.