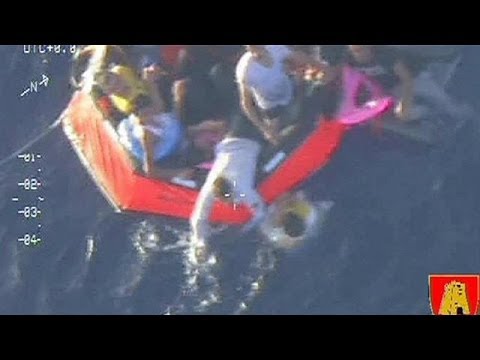 Malta’s prime minister Joseph Muscat said Saturday that the European Union’s inaction on immigration reform is turning the Mediterranean into a graveyard.

UPI quotes him as saying:

“I don’t know how many more people need to die at sea before something gets done … rules need to change, whether they are tighter or looser is not the issue, the fact is that this thing is broken and it needs to be fixed… As things stand we are building a cemetery within our Mediterranean Sea.”

On October 11, a ship carrying migrants capsized off Malta, spilling 200 persons into the water. Some 33 drowned but the Italian coastguard rescued the others.

The week before, 319 migrants died when their vessel capsized near Italy.

In the past 15 years, some 14,000 migrants have died in the Mediterranean trying to reach Europe. That is nearly 1000 a year

The UN High Commissioner for Refugees says that 32,000 migrants have reached southern Italy and Malta so far in 2013, and about two thirds of them have applied for asylum.

Many are from Eritrea, Somalia and Ethiopia, though Syrians have joined the risky trek in some numbers recently.