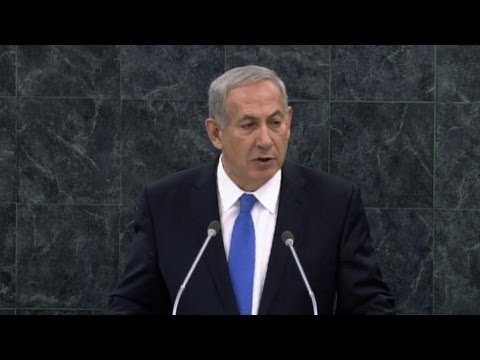 Israeli Prime Minister Binyamin Netanyahu pledged at the United Nations on Tuesday to attack Iran himself if Washington won’t do it, and in order to stop what he characterized as an Iranian nuclear weapons program:

But the fact is that a solo Israel-on-Iran military attack would not remain solo. If Israeli jets managed to reach all the way to Natanz near Isfahan and Fordow near Qom (it is a long way), they would provoke a regional conflagration.

Pro-Iranian Shiite militias in Iraq would be in a position to launch mortar and other attacks on the dwindling employees at the US embassy in Baghdad’s Green Zone. There are no longer any substantial number of US troops to protect them, and the security of embassies is considered the host country’s responsibility. That is, US personnel in Iraq are being protected by the Iraq army, which so far hasn’t shown itself good at counter-terrorism.

Likewise, US military installations in Kuwait and Qatar are not immune from retaliation. The US navy base in Manama, Bahrain, is on an island with a 60% Shiite majority, which already feels frustrated by repression by the Sunni monarchy.

American businesses and facilities and individuals in Lebanon would also be vulnerable to reprisals by militant Shiites in that country. 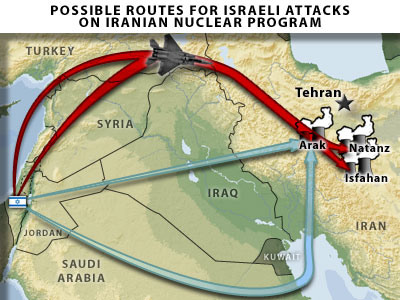 People in the Middle East tend to view Israel as an extension of American imperialism in their region, and the consistent US exercise of a veto against any resolution at the UN Security Council criticizing Israeli actions contravening international law have created resentments. So too has the US arming of Israel to the teeth. An Israeli attack on Iran will almost certainly drag the US into the subsequent conflict.

Precisely because the US officer corps is keenly aware of this danger, chairmen of the Joint Chiefs of Staff have consistently cautioned Tel Aviv against a military action against Iran.

Netanyahu, an expansionist hawk, has been crying wolf about an alleged Iranian nuclear weapons ambition since the early 1990s. Netanyahu is a cultist from the far right wing Jabotinsky branch of Revisionist Zionism. As with other Central European extreme nationalist movements, the Likud Party is about grabbing one’s neighbor’s land and resources and hitting them hard if they complain.

But his threats on Tuesday are likely empty rhetoric, of a sort we have often seen from the bombastic and duplicitous Netanyahu. They are his way of putting pressure on President Obama via the Israel Lobbies on capitol hill, who will take the hint to press for some action against Iran that will derail US negotiations with President Hassan Rowhani.

The threats and noise about Iran also serve the purpose of taking the spotlight off Israel’s continued colonization and usurpation of the Palestinian West Bank, which has accelerated even as Netanyahu dishonestly represented himself to Secretary of State John Kerry as open to a diplomatic settlement with the Palestinians.

If Obama can outmaneuver Netanyahu and keep negotiations with Iran on an even keel, he could well have a significant diplomatic breakthrough. Without the Iranian bogeyman, Netanyahu won’t be able to practice his misdirection about his oppression of millions of Palestinians. The Israeli Right Wing, having consistently insulted and denigrated Obama and having campaigned for Mitt Romney, may be in a downward spiral with regard to influence in the White House.