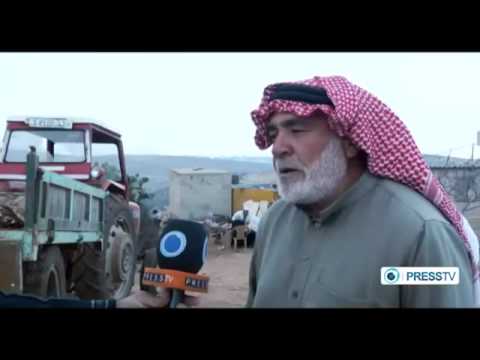 Israeli settlers over the weekend used chain saws to destroy some 100 Palestinian olive trees in Qaryut village near the West Bank city of Nablus.

Israelis are estimated to have destroyed some 800,000 olive trees since Israel militarily occupied the Palestinian West Bank in 1967. Israel’s systematic contravention of the 1949 Geneva Convention and the 1907 Hague agreement on treatment of populations in occupied territories has long since rendered the occupation illegal (if not a crime against humanity), as well as leaving millions of Palestinians stateless and without the rights of citizenship. Their property is therefore not secure, since they have no state to back up their property rights, and their economic security is constantly threatened. It is forbidden to military occupiers to flood their own citizens into occupied territories, as result of abuses during World War II by the Axis powers.

There is a strong psychological impact to the vandalism against Palestinian olive trees, since these symbolize the attachment of Palestinians to their land. Palestinians are descended from the ancient Canaanites and Jews and have been farming that land for millennia.

Olive cultivation is worth $100 million a year to Palestinians, with poor villagers often being the main beneficiaries.