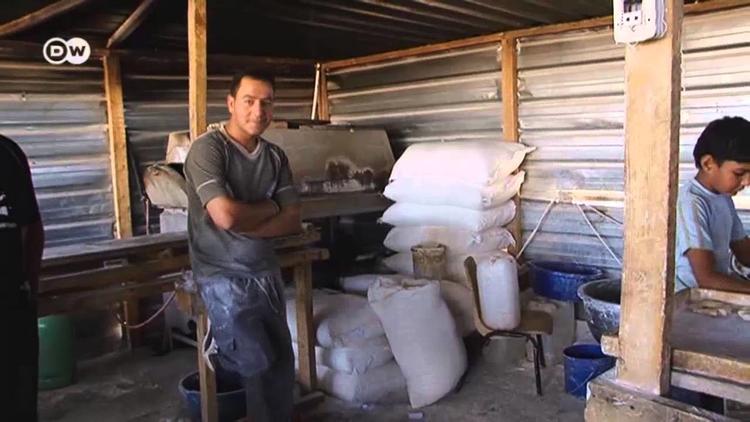 Some 750,000 Syrians have been forced to seek refuge in Jordan. About 2/3s live in apartments or with families, with about a third forced to live in unsanitary tent cities.

Rochelle Davis and Abby Taylor have [pdf] have just issued a report at Georgetown University on the difficulties the Syrian refugees face:

” • The generosity of Jordan and Lebanon, their cultures of hospitality, and provision of aid to those fleeing violence and political instability must be recognized and commended. This is not to say that there is not room for improvement; rather, it is to emphasize that neighboring countries have prevented a wider scale humanitarian disaster by keeping their borders open, which has come at considerable cost to their own populations and budgets. Both Jordan and Lebanon have long histories of hosting refugees and responding to crises. In Lebanon, Syrians are living in almost every town, village, and city neighborhood. In Jordan they are largely concentrated in the northern towns and cities, in addition to Za’atari refugee camp, and two other smaller camps that continue to expand in order to shelter new arrivals.
• In both Jordan and Lebanon, local/national NGOs, along with municipalities in the case of Lebanon, are providing significant levels of assistance, often in concert with and through funding from international NGOs and donors. Both refugees and host communities would benefit from more aid moneys being directed at the local level, thereby helping build infrastructures and capacities which would continue to serve the host populations after the refugee crisis is over, as well as alleviating local resentment of refugees being given resources over locals.
• Both Jordan and Syria have opened their education and health care systems to refugees, supported by generous aid from the international community. However, absorbing hundreds of thousands of students and patients puts an incredible strain on the system, medical supplies, classroom space, infrastructures, and the professionals who work in these fields. As the crisis extends, these issues must continue to be prioritized by governments, valued by refugees themselves, and the financial burden offset by donors.
• The Syrian refugee population has grown from 200,000 in September 2012 to over two million in September 2013, overwhelming those tasked with crafting responses. Unfortunately, the leadership of the humanitarian aid regime has reacted to this crisis with insufficient creativity and innovation. While there is more information than ever before about the locations and demographics of refugees and details of specific projects, the approach to assistance has shown little change from previous crises. Agencies continue to utilize many of the innovative tools developed in response to the Iraqi refugee crisis in 2005. Yet, the majority of humanitarian assistance remains anchored in the capital cities while many Syrian refugees are elsewhere, experiencing limited access to services and unnecessary hardship. Various agencies continue to use outdated and inappropriate ways of dealing with refugees from a lower middle income country, such as food vouchers with restrictions on products, systems causing refugees to wait for hours or days in residential neighborhoods to register, months of delays in receiving cash assistance, and facilities located far outside of the city centers requiring refugees to
take taxis.
• Given that there are proportionally high levels of young men and men of
fighting age as refugees, in part due to fear of military conscription and recruitment into armed groups, they should be considered an at-risk and vulnerable population. Currently there are no aid or programs aimed at this demographic and they face extremely limited opportunities for employment, leaving them with little alternative but to return to Syria or resort to negative coping capacities in order to survive.
• Recognition of the need for refugees to return requires systematic preparation and will be an important task for aid givers and service providers. In addition, acknowledging the history, culture, social structures, and emotions of refugees can help proud people swallow the sometimes bitter pill of dependency. Projects that recognize and engage all aspects of refugees’ lives have much higher chances of success. They are more than mouths to feed and bodies to care for, and recognition of their humanity, creativity, and resilience is required even in the midst of difficult times.”