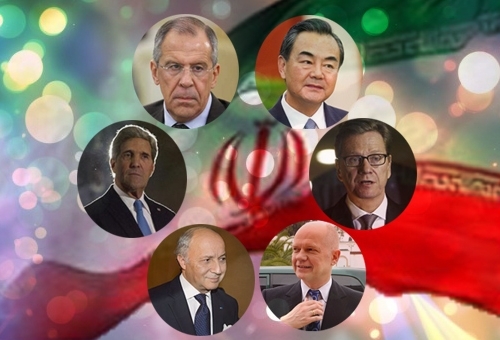 The decade-long Neoconservative plot to take the United States to war against Iran appears to have been foiled.

In response for a loosening of sanctions, worth some $7 billion to Iran, President Hasan Rouhani undertook to freeze enrichment activities at their present level. He also pledged to cast Iran’s stockpile of uranium enriched to 19.75% for the production of medical isotopes in a form that makes it impossible to further enrich it. Nor will Iran produce more 19.5% low enriched uranium. (Uranium enriched to 95% is suitable for a bomb, and the Western diplomats figure that 19.75% is closer to 95% than is the stock of uranium enriched to 3.5% to serve as fuel for the three nuclear power plants at Bushehr. Iran also agreed to do no further work on its proposed heavy-water reactor at Arak. (Heavy-water reactors produce plutonium, with which bombs can easily be constructed).

Iran’s nuclear facilities have been being inspected by the International Atomic Energy Agency, and the inspectors have repeatedly certified that no uranium has been diverted to weapons purposes. This agreement will increase the frequency of the inspections and widen their scope somewhat.

The agreement did not recognize Iran’s right to enrich uranium, but Foreign Minister Mohammad Javad Zarif said that the right was implicit in the agreement (which does not forbid enrichment to 3.5% for reactor fuel) and in the Non-Proliferation Treaty.

In a press conference on Sunday morning, Iranian president Hasan Rouhani reaffirmed that he understands the agreement to recognize Iran’s right to enrich. But he strongly reaffirmed that Iran does not want and never will want to build an atomic bomb (nuclear weapons are forbidden in Shiite law according to Supreme Leader Ayatollah Ali Khamenei’s fatwas, but it has been hard to get suspicious Westerners to take these theocratic pronouncements seriously).

The agreement is actually an agreement to negotiate, and the hard bargaining is yet to come. The terms agreed upon are more confidence-building measures than anything else.

In 2003, the Neocon chickenhawks, most of whom had never worn a uniform or had a parent who did, joked that “everyone wants to go to Baghdad; real men want to go to Tehran.” When people have to talk about being “real men,” it is a pretty good sign that they are 98-pound weaklings.

The “everyone” who wanted to go to Baghdad was actually just the Neocons and their fellow travelers. Most of the latter were hoodwinked by the Neocon/Cheney misinformation campaign blaming Saddam Hussein of Iraq for 9/11. A majority of Democratic representatives in the lower house of Congress voted against the idea of going to war. The Iraq War, trumped up on false pretenses and mainly to protect the militant right wing in Israel from having a credible military rival in the region and to put Iraqi petroleum on the market to weaken Saudi Arabia, cost the United States nearly 5000 troops, hundreds more Veterans working as contractors, and probably $3 or $4 trillion– money we do not have since our economy has collapsed and hasn’t recovered except for wealthy stockholders. Perhaps George W. Bush could paint for us some dollars so that we can remember what they used to look like when we had them in our pockets instead of his billionaire friends (many of them war profiteers) having them in theirs.

Binyamin Netanyahu was a cheerleader for the Iraq War. He is now deeply wounded that the US is making peace with Iran. He seems to see the US as his personal doberman pinscher, which he is used to siccing on his rivals in the region whenever they complain about his aggressive land thefts.

The irony is that in early 2003, the reformist Iranian government of then-President Mohammad Khatami had sent over to the US a wide-ranging proposal for peace. After all, Baathist Iraq was Iran’s deadliest enemy. It had invaded Iran in 1980 and fought an 8-year aggressive war in hopes of taking Iranian territory and stealing its oil resources. Now the US was about to overthrow Iran’s nemesis. Wouldn’t it make sense for Washington and Tehran to ally? Khatami put everything on the table, even an end to hostilities with Israel.

The Neoconservatives threw the Iranian proposal in the trash heap and mobilized to make sure there was no rapprochement with Iran. David Frum, Bush’s speech-writer, consulted with eminence grise Richard Perle (then on a Pentagon oversight board) and Irv Lewis “Scooter” Libby (vice presidential felon Richard Bruce Cheney’s chief of staff), and they had already inserted into Bush’s 2002 State of the Union speech the phrase the “axis of evil,” grouping Iran with Iraq and North Korea. Iran had had sympathy demonstrations for the US after 9/11, and, being a Shiite power, feared and hated al-Qaeda (Sunni extremists) as much as Washington did. But the Neoconservatives did not want a US-Iran alliance against al-Qaeda or against Saddam Hussein. Being diplomatic serial killers, they saw Iran rather as their next victim.

All through the Cheney-Bush administration, repeated leaks from the Pentagon to Sy Hersh and other investigative journalists warned that machinations were afoot to draw the US into a war against Iran, as an outgrowth of the illegal and aggressive attack on and occupation of Iraq. The Neocons plotted against the lives of our children until their last day in office, in January of 2009.

After seeing what Bush did to Iraq, Tehran ramped up its nuclear enrichment program, in hopes of making the point that if the US looked like it might try to invade (which it often looked like), Iran might go for broke and come up with a small nuclear device. In 2003 when Khatami made the peace proposal, Iran had just declared a small set of nuclear experiments. As of 2006, it began serious nuclear enrichment activities, though UN inspectors have never found evidence of a nuclear weapons program.

As Secretary of State John Kerry pointed out Saturday night, if the Bush administration had accepted iran’s 2003 proposal, the rancor, saber-rattling, sanctions and the rapid advances in Iran’s nuclear program could have been avoided.

President Barack Obama came into office wanting a diplomatic deal with Iran. He addressed “the Islamic Republic of Iran” on the occasion of the Persian New Year (the vernal equinox in mid-March). Those plans were derailed, first by the outbreak of domestic unrest in Iran in summer of 2009, and then by hard liners around Supreme Leader Ali Khamenei, who backed out of commitments made at negotiations in fall of 2009.

After that, US-Iranian relations got worse and worse. The US Congress, goaded on by the American Israel Public Affairs Committee and other Israel lobbies, imposed increasingly crippling sanctions on Iran. Ultimately, the US attempted to use its favored position in financial markets to stop Iran from selling its petroleum on the international market. It is a financial blockade, and blockades are acts of war. I have been worried for the past year and a half that this financial and oil blockade would lead to hostilities. All it would take would be for a general in the Iranian Revolutionary Guards to lose a cousin who could not afford medicine any more and to go off the deep end and order an attack on US facilities in Iraq or the Gulf. The very severe sanctions the US put on Iraq in the 1990s in many ways lead to the Iraq War.

Now, the tides of war are ebbing. Assuming that the negotiations over the next six months are successful, a compromise will be reached whereby Iran’s “break-out capacity” or ability to construct a nuclear weapon will be constrained, and whereby the international blockade on Iranian commerce will be lifted. President Rouhani, elected as a mild reformist this summer, is eager to nail down a deal before his own hard liners have time to derail the negotiations. President Obama, eager for some sort of achievement for his second term, has every reason to accept a deal on Iran that involves a heavy inspection regime and gives reasonable assurance that Iran is not weaponizing its nuclear enrichment program.

Republican critics of the deal in the US Congress, who say no to everything, said no to this negotiation as well. They accused Iran of being the world’s primary backer of terrorism.

Really? The GOP backed the Mujahidin and al-Qaeda in Afghanistan, the Contras in Nicaragua, the MEK in Iraq and Iran, and are backing the extremist Sunni rebels in Syria. They aren’t even skittish about allying with al-Qaeda affiliates, even today!

Hamas has largely broken with Iran. The only “terrorist” group Iran is backing is Hizbullah, which isn’t a terrorist group but a party-militia recognized by the Lebanese government as its national guard for its southern border, a border repeatedly breached by Israeli attacks (including an attempt to annex 10% of Lebanon, with a 20-year military occupation).

Even Israeli military intelligence sees some potential benefits to the agreement.

Besides, the US has negotiated and reached agreements with lots of authoritarian governments that support the use of terror, as long as it is right-wing death squads. It had even made up with Muammar Gaddafi of Libya, a serial terrorism-supporter, and put him on the CIA payroll.

The only question here is whether the agreement is in American interests. It is. Ever more severe sanctions increasingly risked war with a country three times as big geographically and 2.5 times as populous as Iraq (the American occupation of which did not go well). That danger is now receding, which can only be a good thing. And if negotiations and UN inspections can indeed succeed in allowing Iran a civilian enrichment program while forestalling a weapons program, it is a breakthrough for the whole world and an important chapter in the ongoing attempts to limit proliferation.