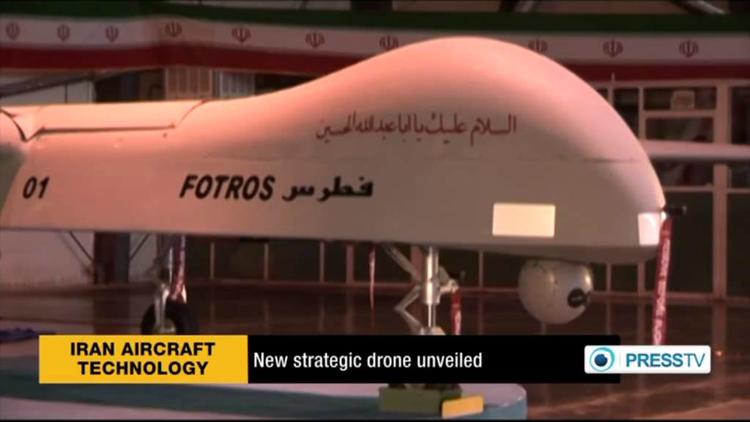 It was foreseeable that when the United States began deploying drones wherever it likes, its rivals would also develop that capability. In fact, you wonder if sending the drones around doesn’t create an opportunity for others to capture them and reverse-engineer them. Iran captured a US Predator drone last winter and claimed to have gotten data from it. Instead of being cautious and prudent about a technology that could harm US citizens, the US government has rushed to deploy drones in several countries with which the US is not at war.

So now Iran has announced a new “Fotros” drone in the same class with the Predator, with a 1200-mile range (2000 km). You wonder how the US will feel if Iran deploys it in nearby countries of the Middle East, just as Washington itself has done.

“… This strategic drone, which has an operational radius of 2,000km with its payload, flies up to a height of 25,000 feet and has the capability of flying for 16-30 hours continuously. It is capable of being equipped with air-to-surface missiles and rockets of all kinds to carry out combat missions in addition to carrying out reconnaissance and surveillance missions,” Islamic Republic News Agency (IRNA) quoted the Iranian Defence Minister, Brig-Gen Hoseyn Dehqan, as saying in a ceremony to unveil the drone on 18 November.

Comparing the drone to the American “Predator”, Tasnim said that the American drone can fly continuously for 24 hours, and has the operational radius of 1,100 kilometres (675 miles) “which shows the powerful engine capability of Fotros”, the report said…