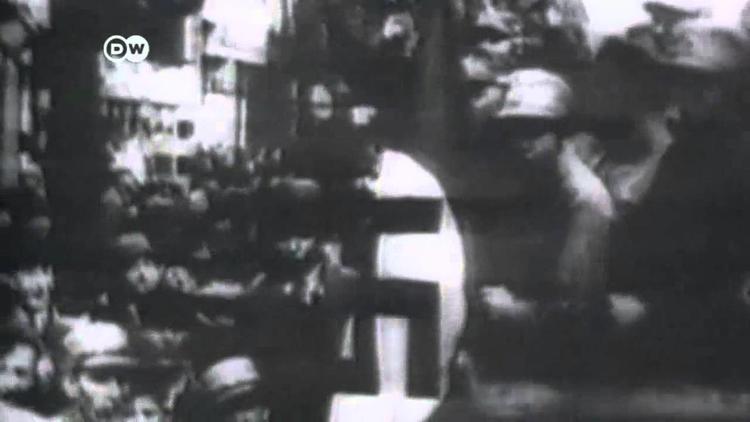 Deutsche Welle reports on the commemoration in Berlin yesterday of the 75th anniversary of Kristallnacht [the Night of Broken Glass], when the National Socialists in Germany went on a hate-filled rampage against Jewish establishments. Hundreds of Synagogues were burned, over 1,000 Jews were killed, and 30,000 were hauled off to Concentration Camps.

“Nazi Germany today practically wiped out Jewish business, barred the nation’s 500,000 Jews from public entertainments and fined them $400,000,000 for the slaying of a German diplomat by a young Polish-German Jew in Paris. In addition, the government required that Jews whose 1,000 Berlin shops were wrecked or looted Thursday in mass demonstrations must pay for the damage themselves. Insurance claims by Jews for demolition of their properties must be paid to the state.”

Very different lessons have been drawn from what happened. For those who believe in universal human values, Kristallnacht stands as a warning against ever allowing any society to single out a particular ethnic, religious, or other group for special, punitive treatment. Jews by this time had already been stripped of their German citizenship, becoming stateless, and it was their statelessness that allowed them to be treated in this way, and set the stage for the genocide against them. Humanists argue that the lesson is that no group of people must be allowed to be without the rights of citizenship, since it is the foundation of all other modern rights, of the right to have rights. Kristallnacht is a dire warning against anti-Semitism, but it is more, a call to arms against all forms of concerted bigotry and ethnic hatred, all forms of hierarchy and social inequality based on ascribed identity. As tough as it is to be a modern multi-cultural society, it is that kind of society and its values that are the best bulwark against narrow, virulent nationalism.