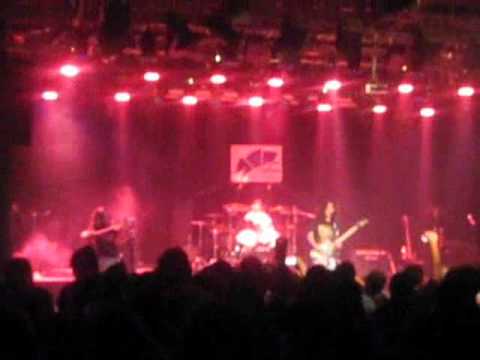 Egypt’s Heavy Metal band, Massive Scar Era, which is predominantly made up of women and led by Sherine Amr, performs their “Between the Waves.”

Live at the Sakiya in Zamalek:

The band members were involved in the 2011 revolution but later protested against its “commoditization,” and were unhappy during the Muslim Brotherhood period.

Iranwire interview with Sherine and her drummer, Maged Faltas, on music, women and revolution here: