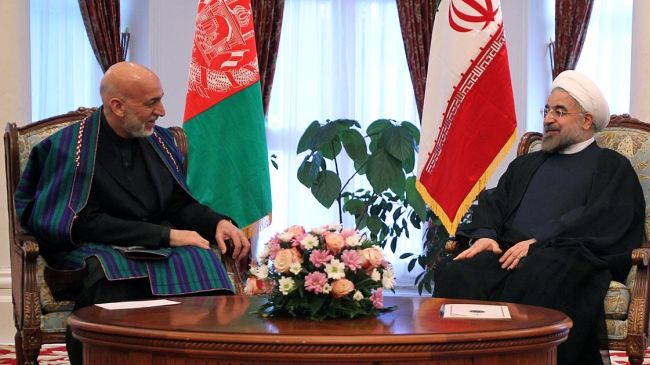 The diplomatic breakthrough at Geneva is still only a down payment on a much bigger deal, and it is early to begin speaking of realignments in the Middle East on this basis. Hard liners on both sides could still derail the negotiations.

But it is not too soon to begin considering what the Middle East would look like if relations between Iran and the West (the United States and Europe) were to improve.

1. China: One immediate diplomatic benefit to the United States is that a source of friction will be removed with China. China has good relations with Iran and buys its petroleum. The US Congress arranged legislation that threatened China with third party, Department of the Treasury sanctions for buying Iranian petroleum. Not having to follow through on so foolish a threat against a country with which the US runs a huge trade deficit and to which the US owes $1 trillion will be a real relief among the adults in Washington.

2. Afghanistan: Most importantly, it seems to me, a friendlier US-Iran relationship could contribute to a soft landing in Afghanistan. As the US withdraws all but a few thousand troops from that country and confines the remaining ones to a role as trainers and advisers to the Afghanistan National Army, the specter arises that Pashtun Sunni extremists (the Taliban, Hizb-i Islami, the Haqqani group and others) could launch an all-out attempt to topple the government in Kabul.

Iran has strong ties to the Tajiks (Persian-speaking Sunnis) and to the Hazaras (Persian-speaking Shiites), and good relations with the Uzbeks of the north (who tend not to be adherents of political Islam). That is, Iran supports ethnic groups that are disproportionately present in the Afghanistan National Army and who despise Talibanism (which is mainly a Pashtun phenomenon, though a majority of Pashtuns also despise it). Iran’s support for the elected government in Kabul will be important to its survival, especially since far right wing elements in Pakistan and the Gulf may back the Taliban increasingly openly as the US contingent shrinks.

Ironically, then, the small American military force in Afghanistan after 2014 may have reason to be grateful to Iran as an ally of convenience. It may even become desirable in Washington that Iran’s oil income be sufficient to allow it to support the anti-Taliban forces.

3. Syria and Israel-Palestine: Iran has backed the Baathist government in Damascus to the hilt, despite Tehran’s uneasiness both with the scale of the bloodshed and their client’s willingness to use poison gas (from which Iranian troops and officers suffered during the Iran-Iraq War of 1980-1988). As it comes in from the diplomatic cold, might Tehran be willing to play a more positive role, pressuring the Syrian regime to stop massacring its population? Likewise, what would happen if US-Iranian relations improved over the years and a center-left government came to power in Israel eager for a deal with its neighbors? What would happen if Supreme Leader Ali Khamenei, a hardliner, died and was replaced by someone like Akbar Hashemi Rafsanjani or Hasan Rouhani? Might Iran be persuaded to pressure clients like Hizbullah not to obstruct the deal? It is highly unlikely but not impossible. Wahhabi Saudi Arabia and the other Arab states offered Israel a wide-ranging peace proposal in 2002.

Even just the assured (removal of an irritant with China) and the likely (Iranian help in Afghanistan) consequences of a Western deal with Iran would make the effort worthwhile, not to mention the benefit of backing away from a war footing.