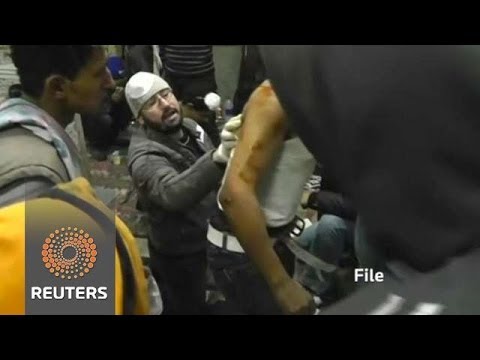 A couple of thousand demonstrators came into Tahrir Square on Monday evening to commemorate the massacre of protestors at Muhammad Mahmoud St. off Tahrir Square in downtown Cairo on November 19, 2011. The commemoration continued Tuesday morning. One of their signs said “Revolutionaries only: No entry for Muslim Brothers, the Military, or remnants of the Mubarak regime”: 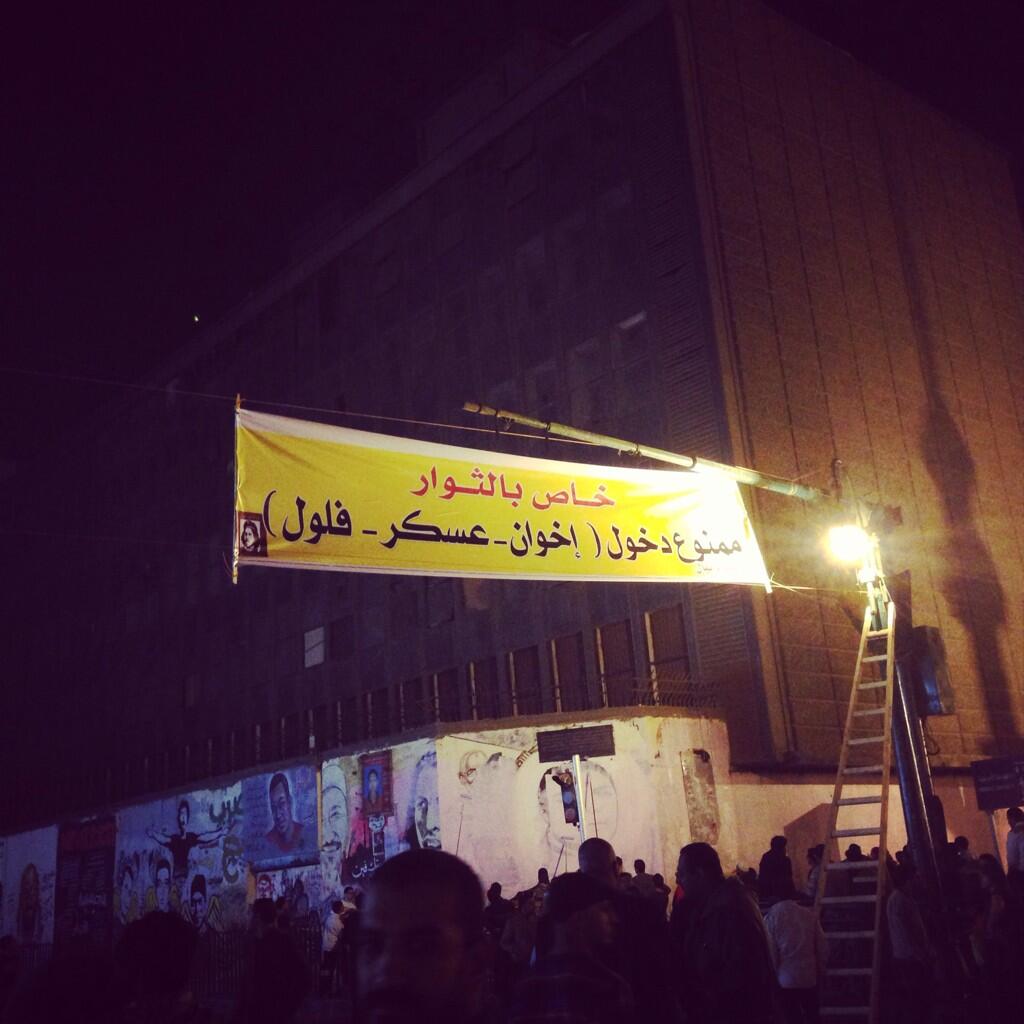 Those killed beginning that day in 2011 (some 40 altogether over weeks) died at the hands of the army, which had made a coup after the fall of Hosni Mubarak. Commemorating the dead of Muhammad Mahmoud St. is therefore symbolically at odds with the prevailing sentiment in much of Egypt now, that “the people and the army are one hand.”

Reuters reports on the lead-up to last night’s events:

Many of those who showed up Monday evening had been at the original demonstration two years ago. This is probably the biggest protest by the “Third Square” forces who reject both military rule and the failed presidency of Muslim Brotherhood leader Muhammad Morsi.

The crowd defaced with graffiti the statue in memory to the revolution’s martyrs by the army (the irony was lost on no one).

Here is video from Monday night: