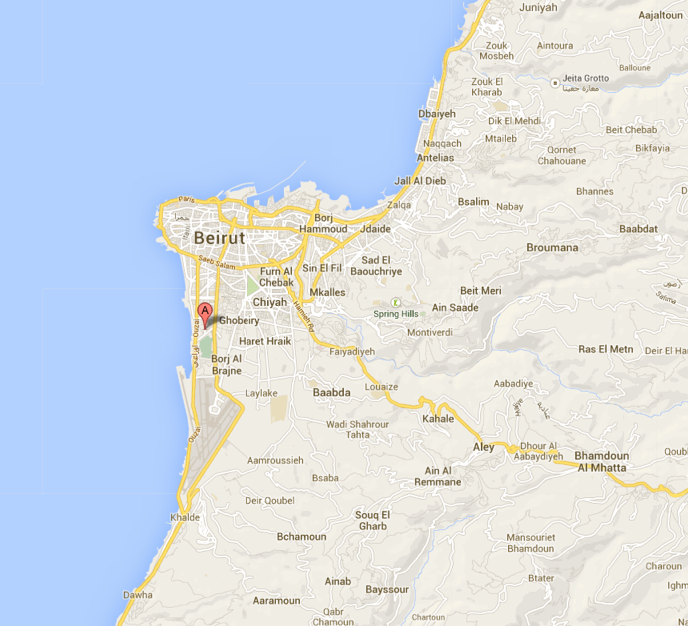 Al-Hayat [Life] reports on the targeting by two suicide bombers of the Iranian embassy in south Beirut on Tuesday, which killed 23, including the Iranian cultural attache and embassy guards, and wounded 150. 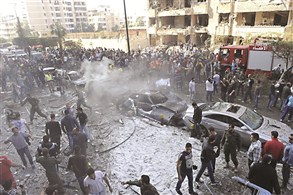 It was the first attack on the Iranian embassy in Beirut since the outbreak of the civil war in neighboring Syria. Since last April, Iran has intervened more and more directly. The commander of the special forces Quds Brigade in Tehran, Qasem Soleimani, at that time encouraged Hizbullah (the Shiite party-militia of Lebanon) to intervene at Qusayr in Syria. This was the first time a Lebanese armed group had crossed over into Syria for military purposes. Hizbullah drove the Sunni rebels back. Soleimani’s officers have also gone to Syria as advisers on special ops to the Baathist military. It is further alleged that the Iranians have encouraged Iraqi Shiites to volunteer to fight in Syria on the side of the government of Bashar al-Assad, though as far as I can tell most of the Iraqis are mainly defending Shiite shrines in Syria in danger of being demolished by radical iconoclastic Salafi Sunnis.

Responsibility for the attack was claimed by the Ziad Jarrah Battalion, the Lebanese branch of the Abdullah Azzam Brigades, a terrorist group affiliated to al-Qaeda led by a Saudi and founded in 2009. It demanded that Hizbullah withdraw its fighters from [Syria].

The AAB attacked a Japanese oil tanker at the mouth of the Persian Gulf in 2010. Its Saudi leader, Siraj al-Din Zuraiqat, fought US troops in Iraq. Ziad Jarrah was one of the 19 hijackers on 9/11 in the United States, who piloted United Airlines Flight 93, on which a passenger revolt cause the plane to crash into a field in Shanksville, Pennsylvania.

The Iranian embassy angrily refused to countenance any change in Iranian policy toward Syria, and blamed Israel for the blast. This allegation is silly and the Iranian diplomats know it, but it has the virtue for them of allowing them to avoid slamming Sunnis, the community from which the actual culprits hail.

This is not the first manifestation in Lebanon of tension over the Syrian civil war. The Shiites and Christians there tend to support the Baath government of Bashar al-Assad, whereas the Sunnis tend to support the rebels. There have been clashes between Sunnis and Alawite Shiites in the northern Lebanese port city of Tripoli. And the slums of south Beirut have seen at least one earlier bombing that targeted Hizbullah. Likewise, last summer there was a joint military operation by Hizbullah and the Lebanese Army against radical Salafi Sunnis in the southern port city of Sidon, a Sunni bastion. Lebanese Salafis had gone to Syria to fight on the rebel side at Qusayr against Hizbullah, so there have been a few skirmishes with the overtones of civil war already.

On the other hand, Sunni leader Saad al-Hariri expressed outrage at the attack and condemned it roundly. Of course, his brand of Sunnism has nothing in common with the al-Qaeda affiliates.