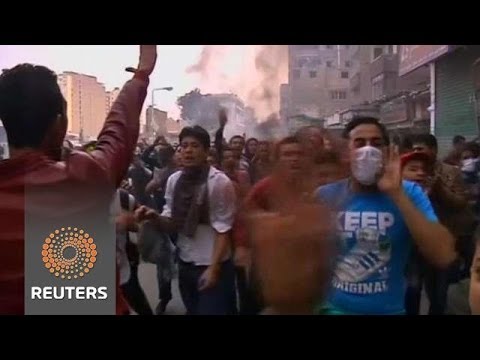 On Friday, thousands of Egyptians protested Egypt’s Draconian anti-protest law. Most were Muslim Brothers, but leftists and liberals also rejected the law, which requires protesters to apply to police for permission to gather at least 3 days beforehand.

On Thursday, the dreaded state security police arrested famed blogger and activist Alaa Abdel Fattah and charged him with protesting without a permit.