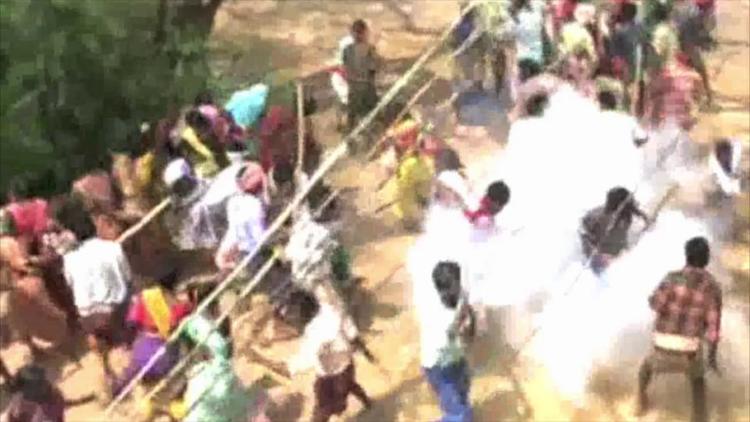 The divestment movement on US college campuses against Big Carbon (coal, oil and gas) signals more than just the arrival of a new, determined and idealistic generation of students. It is a harbinger of danger for investors.

In addition to the keen competition thermal coal is facing as a source for electricity generation from fracked natural gas and from wind turbines, coal in particular faces a major public relations problem. It is the dirtiest way of producing electricity, causing lung problems and probably contributing to autism via mercury emissions, and it is the major cause of global warming.

The value of coal stocks is to outward seeming backed by trillions of dollars in coal reserves, but what if that substance is actually worthless? Coal is already being shorted by a major brokerage, which points out that even heavily coal-dependent China plans to move away from the fuel because of pollution concerns (like that coal plants are making the air thick as pea soup and giving small children lung cancer).

Canada’s major Ontario province (as populous as Illinois) is banning coal plants, with the last one to be closed by the end of this year. Wind, nuclear and natural gas have taken coal’s place. Wind and nuclear do not produce C02, and natural gas produces about half as much as coal. The feed-in tariff has also been important in encouraging renewables.

Local politicians are beginning to win races with an anti-coal platform, showing the sea change in public attitudes.

Proposals for new coal plants are meeting with public opposition. Moreover, investors in companies planning to invest in coal-related projects are beginning openly to ask how they intend to secure the projects against sabotage by environmental activists. Since coal is destroying the earth, some people may mind it being mined and burned.

So many coal plants are closing in places like Massachusetts that communities are trying to replace the income by asking for redevelopment help. Even proponents of coal and its profits admit that the plants made local residents sick (can you say “black lung”?)

The dangers of coal ash are also increasingly being recognized by activists. Most people don’t stop to think that most coal gets around by rail, and that the rail cars carrying it are emitting coal dust and dangerous substances such as arsenic.

India is now witnessing the stirrings of a nation-wide anti-coal movement that is protesting in cities across the country. Even not counting climate change impacts and sea level rise that will menace Bengal, Indian coal plants kill 120,000 people a year.

As with tobacco, where consumer lawsuits gradually began succeeding as judges and juries came to recognize that the substance causes cancer and that the companies had tried to obscure the dangers, so too with coal, consumers damaged by its burning may before too long be able to collect damages. Indeed, in the US, the Sierra Club has had some success in closing coal plants through law suits pointing out that they are in contravention of environmental laws (they are very dirty and put out loads of toxins in addition to their fatal carbon dioxide pollution).

The college students urging disinvestment may be wiser than we realize. Universities that hold stock in coal companies may be victims of a Madoff hoax– the collateral backing their value, coal itself, may be worthless or worst, it may be a legal liability. Universities and other investors would be wise to get out of those stocks before this fact comes to be generally recognized.