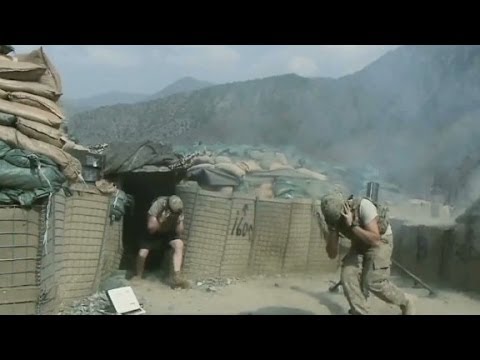 A CNN/ ORC International poll has found that only 17% of Americans support the war in Afghanistan. That is down from 52% in 2008.

82% of Americans are against the war.

Other recent polls found that 57% of Americans think the US was wrong to go into Afghanistan in the first place, and two-thirds said that they didn’t think the war had been worth fighting.

The war has left 3400 Americans dead, though not all of those were troops killed in action.

Nearly 20,000 Americans have been wounded in Afghanistan badly enough to go to hospital, and several hundred thousand have suffered concussion because of things like improvised explosive devices going off near them.

The war has cost at least half a trillion dollars, and more trillions will be racked up over the next 50 years for medical care for the wounded veterans (as it should be, but everyone should be aware of all the costs).

The CNN video interviews a general who warns of the country falling back into the hands of terrorists.

But let us face it, if an 11-year war can’t remedy the situation there, a 15-year war is unlikely to. The American public is long-suffering, but likes its wars to be over in 4 years the way the world wars were. Forever wars, hard to sustain.