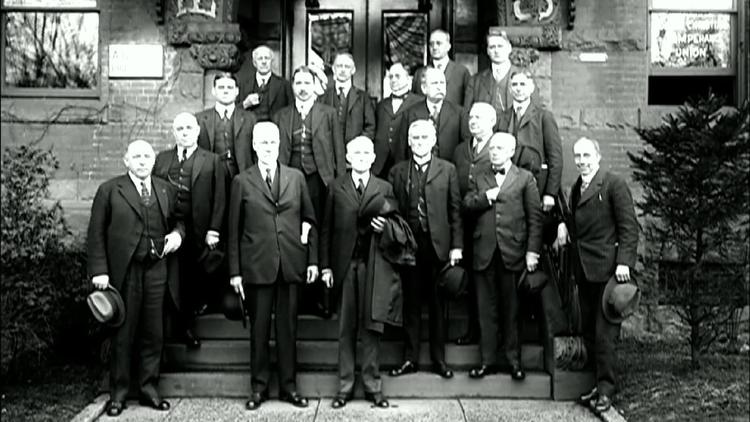 It is the eightieth anniversary of the repeal of Prohibition.

Among the many reasons for the popularity of banning alcohol in the US then were the concern of industrialists such as Henry Ford for the creation of a sober, industrious working class. Prohibition was in part intended to regiment and control working people and ensure they were productive, generating profits of which the corporations captured the lion’s share. Prejudice against German-Americans and their beer-making, in the wake of WW I, played a role, as well. The massive wave of immigration from southern and eastern Europe and the Eastern Mediterranean (including Italians, Poles Jews and Lebanese/Syrians) also induced fears of rowdy foreign immigrants among the middle class Protestant women of the Women’s Christian Temperance Union. The Ku Klux Klan was implicated in the anti-saloon movement and helped enforce prohibition, becoming a major force in states like Indiana (which it took over politically) and in the then Democratic Party. That is, Prohibition was about race and class in some large part.

The prohibition of marijuana, which had been legal most of American history, was also about race and class, and U.S. Commissioner of Narcotics, Harry Anslinger, deployed fear of Mexican immigrant labor to convince Congress to enact the Marihuana Tax Act of 1937. Fear of African-Americans, white youth and jazz were also drivers of this legislation.

Despite the hysteria about immigrants and the burgeoning blue collar class, the mainstream of America abolished prohibition on December 5, 1933. Among the goals of the anti-dry politicians was to jump-start business in the early years of the Great Depression and to generate tax-revenue. (Restaurants, for instance, are seldom profitable without liquor licenses; when they are successful, they pay taxes. And covert speakeasies paid no taxes because they were illegal. In 1933 they could become legitimate bars and become part of the tax base for an impoverished city, e.g.)

Some 90% of the American population is still in the Great Bush Depression that began in 2008. Only the stockholders have really recovered. The actual unemployment rate is historically high, a fact hidden by the tinkering with the definition of unemployment. Shouldn’t we now be as pragmatic as FDR, and seek to end the Federal prohibition of marijuana, as well? It would be a boon to the economy and to a government burdened by debt. And, shouldn’t we be embarrassed, as a country with a very large and important Latino community, of the racist origins of this Prohibition? And, are we still afraid of youth and jazz?