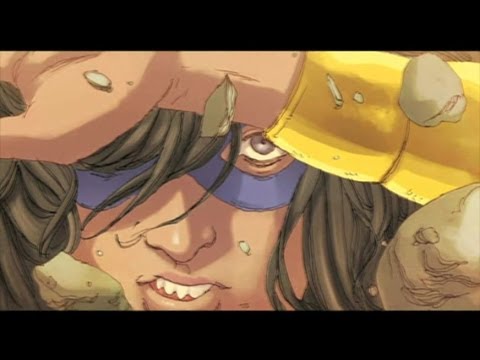 The BBC interviews G. Willow Wilson, creator of the reboot of the Ms Marvel comic book as a young Muslim-American.

Here is the BBC interview:

“ Umberto Eco argued that Superman, from the character’s inception in the 1940s through about 1970, was a politically conservative figure. The stories were about protecting property and combating petty crime, rather banal stuff given the character’s powers. The character was opaque and unchanging (i.e. the stories are plot-driven adventures, not character-driven). 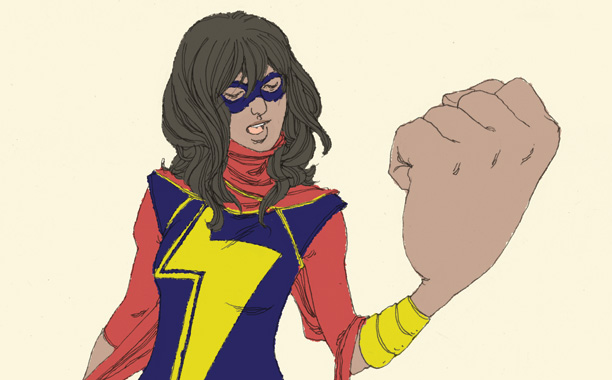 Hugh Fox has argued, correctly, I think, that Eco’s treatment was true of the DC comic book house style through about 1970, but that comic books changed in the 1960s under the impact of Stan Lee (Stanley Lieberman) of Marvel Comics, who introduced more character-driven plots, with anti-heroes and angst. Other writers, such as Roy Thomas (whose BA was in education with a concentration on English and History), took up such themes. And, of course, underground comics and in-house experimental artists and writers such as Jim Steranko and Neal Adams challenged the older opaque-conservative style explored by Eco. In fact, Adams and Dennis O’Neil in some ways transfered the trope of the unchanging opaque character to the neo-Orientalist villain Ra’s al-Ghul (Arabic for the head of the ghoul) in the 1970s and after.

More character-driven stories required colorful characters and leant themselves to exploration of changing, multi-cultural America, with the introduction of African-American, gay, Native American and other characters and cultures different from the essentially British-American (Kent, Parker, Rogers, Stark) white male icons of the golden age. Comic books chronicle American popular culture and as such reflect large changes in society such as the post 1965 changing ethnic character of the nation.

So what could be more natural than for Marvel Comics[‘s G. Willow Wilson] to reboot Ms. Marvel, the Roy Thomas character that served as an homage to the old Captain Marvel, he of the Shazam!, as a Pakistani-American teenaged girl from New Jersey named Kamala Khan? Muslim-Americans probably amount to some 6 million, and 90 percent of them are first and second-generation immigrants of the post-1965 wave. Pakistani-Americans along with Indian-Americans (the latter both Hindu and Muslim) are the wealthiest and best-educated immigrant groups in the country. Marvel editor-in-chief Alex Alonso said, “(Kamala) ‘s a 16-year-old girl from the suburbs who is trying to figure out who she is and trying to forge an identity when she suddenly bestows great power and learns the great responsibility that comes with it.” The Marvel press release also said, “Kamala has all of her opportunities in front her and she is loaded with potential, but her parents’ high expectations come with tons of pressure,” Marvel describes. “When Kamala suddenly gets powers that give her the opportunity to be just like her idol, Captain Marvel, it challenges the very core of her conservative values.”

Interestingly, a[nother] Muslim-American has a creative role in the new project, pointing to the multi-cultural character of enterprises such as Marvel Comics itself. Jesse Schedeen notes,

“Series editor Sana Amanat spoke about Kamala’s palce in the Marvel Universe, saying, “The inspiration for the new Ms. Marvel series stemmed out of a desire to explore the Muslim-American diaspora from an authentic perspective and yet, this story isn’t about what it means to be a Muslim, Pakistani or American. Those are just cultural touchstones that reflect the ever changing world we live in today. This is ultimately a tale about what it means to be young, lost amidst the expectations bestowed upon you, and what happens when you get to choose.”

The attention to identity issues and the power-responsibility nexus signals the post-Eco Marvel understanding of character. Kamala is more Peter Parker than Clark Kent. The further language about “parents’ high expectations” plays on stereotypes of Asian-Americans (a la Tiger Mothers) and the reference to “conservative values” likewise pigeon-holes Muslims as inevitably conservative, ignoring the vital leftist, secular, gay and avant-garde subcultures among Muslims.”