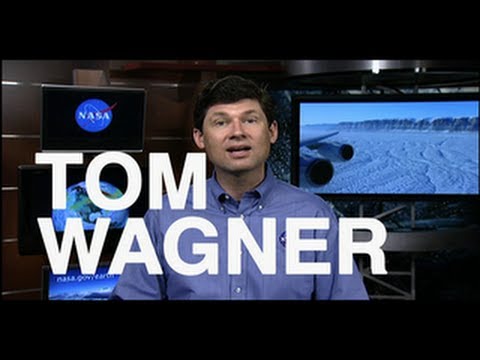 Hang on. Get Ready.

Those are at least two of the takeaways from a new report released by scientists in the National Academy of Sciences on Tuesday which says the sudden impacts of climate change this century and beyond are inevitable but warn that far too little has been done to prepare for them.

"If you think about gradual change, you can see where the road is and where you're going. With abrupt changes and effects, the road suddenly drops out from under you." –Prof. Tony Barnosky

The report, Abrupt Impacts of Climate Change, looks at the issue of abrupt changes in climate, weather patterns, and the impacts that can occur in a matter of years or decades, not the lengthier scenarios that climate scientists sometimes focus on. (The full report can be read online here).

"The most challenging changes are the abrupt ones," said James White, professor of geological sciences at the University of Colorado in Boulder and chair of the report committee, at a press conference on Tuesday.

"The planet is going to be warmer than most species living on Earth today have seen it, including humans," added Tony Barnosky, a professor in the Department of Integrative Biology at the University of California, Berkeley. " "

Other, more gradually occurring changes can still have abrupt impacts on the ecosystem and human systems, such as the loss of fisheries or shifts in where certain crops can be cultivated. Rapid loss of ice, for example, would mean that sea levels rise at a much faster rate than the current trend, which would have a significant effect on coastal regions. A 3-foot rise in the seas is easier to prepare for if it happens on a 100-year horizon than if it happens within 30 years.

"If you think about gradual change, you can see where the road is and where you're going," said Barnosky. "With abrupt changes and effects, the road suddenly drops out from under you."

These abrupt impacts, according to the report, have "the potential to severely affect the physical climate system, natural systems, or human systems." Additionally, it is the way that these system changes are interconnected that the report focuses on.

“The reality is that the climate is changing,” said James W. C. White, a paleoclimatologist at the University of Colorado Boulder, who also contributed to the report. “It’s going to continue to happen, and it’s going to be part of everyday life for centuries to come — perhaps longer than that.”

As the New York Times reports, the report's authors specifically warn of the "possible collapse of polar sea ice, the potential for a mass extinction of plant and animal life and the threat of immense dead zones in the ocean."

Among its key recommendations, the scientific panel said that better early warning systems should be put in place to monitor geographic areas or essential natural systems. According to the report summary:

Because of the substantial risks to society and nature posed by abrupt changes, this report recommends the development of an Abrupt Change Early Warning System that would allow for the prediction and possible mitigation of such changes before their societal impacts are severe. Identifying key vulnerabilities can help guide efforts to increase resiliency and avoid large damages from abrupt change in the climate system, or in abrupt impacts of gradual changes in the climate system, and facilitate more informed decisions on the proper balance between mitigation and adaptation.

Although there is still much to learn about abrupt climate change and abrupt climate impacts, to willfully ignore the threat of abrupt change could lead to more costs, loss of life, suffering, and environmental degradation. Abrupt Impacts of Climate Change makes the case that the time is here to be serious about the threat of tipping points so as to better anticipate and prepare ourselves for the inevitable surprises.

And the Times adds:

The document the panel released Tuesday is the latest in a string of reports to consider whether some changes could occur so suddenly as to produce profound social or environmental stress, even collapse. Like previous reports, the new one considers many potential possibilities and dismisses most of them as unlikely — at least in the near term.

But some of the risks are real, the panel found, and in several cases have happened already.

It cited the outbreak of mountain pine beetles in the American West and in Canada. The disappearance of bitterly cold winter nights that used to kill off the beetles has allowed them to ravage tens of millions of acres of forests, damage so severe it can be seen from space.

Likewise, a drastic decline of summer sea ice in the Arctic has occurred much faster than scientists expected. The panel warned that Arctic sea ice could disappear in the summer within several decades, with severe impacts on wildlife and human communities in the region, and unknown effects on the world’s weather patterns.

Among the greatest risks in coming years, the panel said, is that climate change could greatly increase the extinction rate of plants and animals, essentially provoking the sixth mass extinction in the earth’s history. The panel said many of the world’s coral reefs, a vital source of fish that feed millions of people, already seemed fated to die within decades.

NASA explains the impact of climate change on humans: