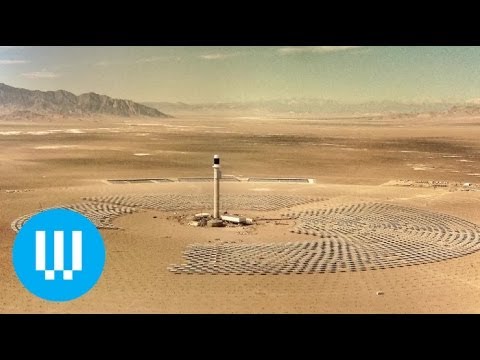 Jared Anderson at Breaking Energy writes of technologies for solar power storage that allow the energy generated by the sun to be released at night:

“a US-based company will jump ahead of the competition next year with its molten salt storage technique.

The California-based, PE-backed startup launches its flagship 110 MW concentrated solar power (CSP) project known as Crescent Dunes next year in the Nevada desert. The technology uses a tower-based approach where thousands of mirrors focus sunlight onto a single point to create heat that generates steam used to spin an electricity-producing turbine. First power to the grid is expected mid-2014.”

Five plants like the one Solar Reserve is completing in Nevada would be equivalent to one of the nearly 600 US coal-fired plants, which generate the majority of greenhouse gases and air pollution put out in America. Closing all coal plants within ten years would make a tremendous contribution to avoiding the worst effects of climate change.