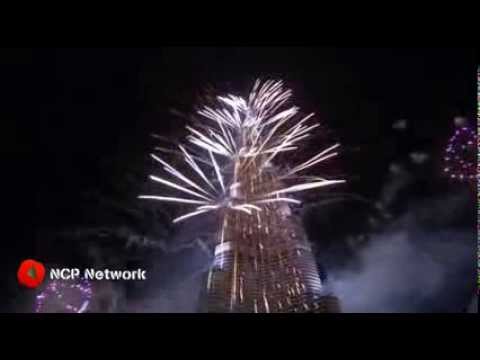 Dubai will be the site of the 2020 world expo which will help it further emerge as a major hub of world commerce.

Dubai has an annual GDP of over $80 bn, and a population of 2.1 million, about the same as Houston. Only 18% of residents of the United Arab Emirates are locals, with very large Indian and Pakistani expatriate communities and a welter of other nationalities.

See also this article in the National, which notes that the fireworks at Atlantis The Palm may get into the Guinness Book of Records and that they ordered 450,000 fireworks from the US.

But, folks, next year use lasers powered by wind and by solar stored in batteries.