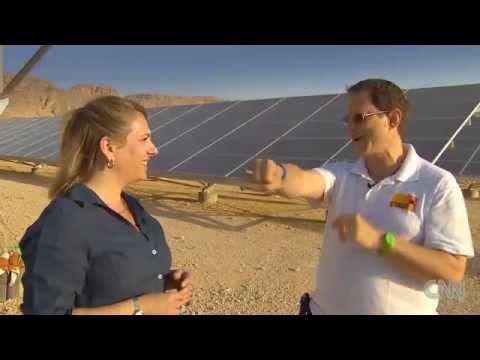 Israel ought to be a pioneer in solar energy. It is mostly sunny and the amount of energy it could realize from solar panels is enormous. It has a robust scientific and engineering establishment. Israel doesn’t have that much in the way of hydrocarbons. It has little oil, and its richest natural gas reserves are offshore in the sea. That location makes gas expensive to extract at a time when American fracking is driving down prices. Morover, ownership of the fields is contested by the Palestinians and Lebanese, promising more conflict.

Then, Israel is forced to import petroleum, and in the Middle East region that means importing indirectly from the Arab oil states. If the Israeli political elite were really devoted to self-reliance, they would be more eager to get off petroleum. Indirectly, Israel ends up importing from the Arab and Muslim worlds, and therefore being dependent on the latter.

In fact, as Yosef I. Abramowitz notes, . The country’s right wing government has only pledged that 10% of energy will be from renewables by 2020, whereas most European countries have plans to get to 20% renewables by then.

Israel had been a pioneer in using solar for water heating (80% of homeowners use this technology), but that momentum has been lost.

While government policy hasn’t helped. Israeli entrepreneurs, scientists and engineers are working on the problems.

All is not gloom. In order to meet its goal of 10% renewable energy by 2020, the country will construct the fifth largest solar power station in the world. Arava Power Co. is building a large solar farm outside the southern city of Eilat, which will power 1/3 of its buildings.

But solar firms speak of having to fight the government every inch of the way.

Solar is the path to peace in the Middle East. Whereas Israelis and Palestinians could fight over natural gas or petroleum, there is plenty of sunshine to go around. (That doesn’t mean that the Israelis are acting rationally, since they are demanding that Palestinians pull down solar panels in the West Bank.)

Moreover, the region’s looming water crisis of drinking water can only be resolved by solar-powered hydrolysis.

One has a dark suspicion that elements in the ruling Likud government are tied to natural gas exploitation or otherwise have unworthy motives in “fighting” the solar industry. As with the Likud’s irrational obsession with colonizing and annexing the Palestinian West Bank, its odd romance with Big Oil and Big Gas endangers Israel’s long-term security rather than guaranteeing it.