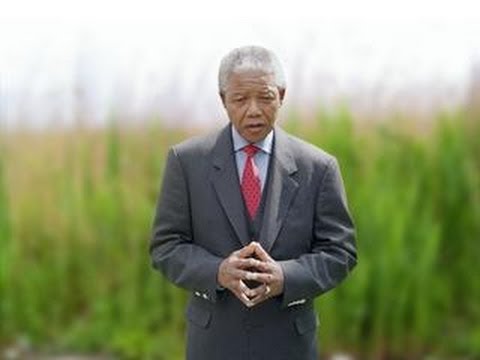 Every transition from an authoritarian government to democracy is different. Some go relatively smoothly (Poland, South Korea). Others are rocky (Taiwan, Bosnia, Tunisia). In some instances, authoritarianism reasserts itself to a lesser (Russia) or greater (Ukraine, Egypt) extent. In some cases, the country falls into chaos (Iraq, Yugoslavia).

What to do with the former ruling elites of a police state is always a problem. Victims and their families naturally want justice. State personnel want amnesty on the grounds that they were only following orders.

Nelson Mandela established a Truth and Reconciliation Commission that had a unique mission. It sought to document the truth of what the Apartheid police state erected by the Afrikaners had done to the people of South Africa. In return for a searingly truthful accounting, officials found to be acting for reasons of politics (as opposed to for-gain criminality) were amnestied. It was a shocking notion and deeply dissatisfying to many victim families. But it had the effect of documenting the horrors forever. No one could deny the nature of the previous government. It was tarnished for all time by the terrible details of its crimes as recounted by its own officials.

It worked. South Africa has its problems, but it did not go to civil war or even a low intensity insurgency. The Truth and Reconciliation Commission was a step toward healing rather than a step toward ethnic violence. The victims were vindicated in the record, and the perpetrators were eternally shamed by their own deeds. Believers in Apartheid could not nurse self-serving myths that things had been better in the old days, could not assert that any brutality was forced on whites by the violence and unreasoning hatred of the blacks.

The process whereby a new constitution was hammered out contributed to the country’s relative success. So too did the economic arrangements that were made, whereby former African National Congress revolutionaries often gained positions in Afrikaner businesses. The latter process contributed to corruption, and vast inequities were preserved. But the average income of the average black African increased healthily in the aftermath. Poverty actually dropped ten points from 1994 to the present. Economic inequality, among the highest of any country in the world, could yet provoke trouble. But for nearly 20 years, the diverse and ethnically divided country has had impressive achievements and little political violence, despite too-high rates of crime and unemployment.

Contrast all this to Iraq after 2003. There, the Bush administration installed vindictive Shiites like Ahmad Chalabi in a “debaathification commission” (the Baath Party ruled 1968-2003). Some 70,000 Sunni Arabs were fired from government jobs for having been party members, even though many members had joined on a pro forma basis. They were replaced with Shiites. Since Bush’s Iraq was an attempted capitalist revolution in a socialist country, the administration simply closed down all the state factories, maintaining that they were worthless. It was as unwise as nationalizing South Africa’s corporations would have been. The Sunni Arab regions of the center-north and west were swept by massive unemployment. Young men and former Baath army personnel turned to insurgency, were repressed and tortured, creating more insurgency, and the guerrilla war continues to this day, 10 and a half years later, as Channel 7 observes about recent bombings:

Baath officials have been executed in large numbers, and many others have been killed by sniping and reprisal murders. Their families are still blowing up Baghdad regularly. Making them detail their crimes and then amnestying them may not have been possible in an Iraqi context, but there was more revenge and guilt by association than justice in what was done.

The Iraqi constitution was drafted by an elected parliament, but one with only 17 Sunni Arabs in it because the Sunnis boycotted the elections after Bush invaded Falluja. It was a constitution for Shiites, Kurds and the Americans. The Sunni-majority provinces rejected it, though only 2 of the three rejected it by a super-majority, otherwise it would have failed. So you had a constitution rejected by a significant minority. In contrast, despite wrangling about the margin whereby a constitution would be approved, white South Africans could live with the one hammered out by an interim parliament and then completed by the permanent one.

Iraq at the moment is ruled by a unicameral legislature, i.e. it is like the US house of representatives without a senate. Because of demography, it has a natural Shiite majority, raising the specter of unchallenged tyranny of the majority forever. (A coalition of Kurds, Sunnis and secular Shiites could conceivably form a government one day, but it would be an uphill battle). Obviously, such an outcome is unpalatable to the Sunni Arab minority, not least because its members irrationally think they are the majority.

In Egypt, Mandela’s techniques could have been successful in a way that was perhaps difficult in Iraq. While a few high officials of the Hosni Mubarak regime were tried for corruption and the brutal minister of interior was jailed, the Ministry of Interior (the center of the police state) was largely unreformed and few torturers were tried. It is now back, being operated by the military that took power in a coup on July 3, after a popular movement of millions provoked a national crisis. After the coup, Egypt’s military engaged in an orgy of repression aimed at the Muslim Brotherhood, which had won parliament in 2011 (it was dissolved) and had the presidency 2012-2013. It killed some 1500 people clearing protests with live ammunition and arrested 2000, and has dissolved and attached the assets of the Muslim Brotherhood itself. The first post-revolution constitution was crafted by the Muslim Brotherhood over the objection of Coptic Christians, liberals, leftists, middle class women, and youth activists. The second one was crafted by a 50-member committee of relative secularists appointed by the military. Egypt is experiencing car bombs, sniping against troops, and continuous (if unexpectedly small) demonstrations.

As for the Israeli-Palestinian struggle, Israel’s investigations of crimes by its officials have occasionally been thorough and upright (as with the inquiry into Ariel Sharon and the Lebanon War of 1982). But others have been exercises in whitewash, as with that after the 2008-2009 Gaza War. Moreover, most crimes of Israeli officials are not recognized as such by Israel, including violations of the Hague Convention of 1907 and the Geneva Convention of 1949 in the West Bank and Gaza, as well as massive theft of others’ land and resources, collective punishment, assassinations, jailings and killings of children, torture, and keeping 900,000 children on the edge of starvation and suffering from disorders such as anemia. Likewise, war crimes committed by armed Palestinian groups are not seen as such by the PLO or Hamas. In most ways, the Israeli government is moving toward Apartheid in the Occupied Territories just as the Afrikaners did. They aren’t at the end of that atrocity but at the beginning of it.

The Middle East could have benefited mightily from Mandela’s principles. Its elites have chosen not to, in some instances (Iraq) helped along by the United States. Why South Africa was able to accomplish this pacted transition whereas most countries in the Middle East, with the possible exceptions of Yemen and Tunisia, is not clear. South Africa was as authoritarian, corrupt and ethnically divided as the Middle East. What is clear is that most Middle Eastern elites have lacked Mandela’s mature wisdom and have been reckless with the lives of their people.