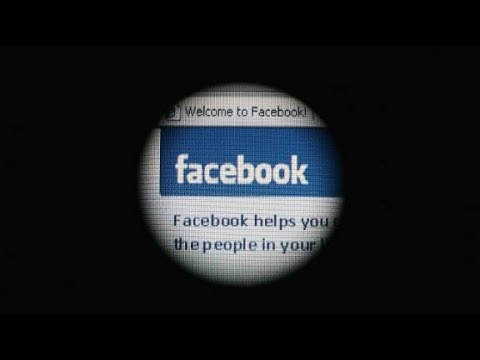 We understand that governments have a duty to protect their citizens. But this summer’s revelations highlighted the urgent need to reform government surveillance practices worldwide. The balance in many countries has tipped too far in favor of the state and away from the rights of the individual — rights that are enshrined in our Constitution. This undermines the freedoms we all cherish. It’s time for a change.

For our part, we are focused on keeping users’ data secure — deploying the latest encryption technology to prevent unauthorized surveillance on our networks and by pushing back on government requests to ensure that they are legal and reasonable in scope.

We urge the US to take the lead and make reforms that ensure that government surveillance efforts are clearly restricted by law, proportionate to the risks, transparent and subject to independent oversight. To see the full set of principles we support, visit ReformGovernmentSurveillance.com

“People won’t use technology they don’t trust. Governments have put this trust at risk, and governments need to help restore it," Brad Smith, General Counsel and Executive Vice President, Legal and Corporate Affairs at Microsoft, is quoted as saying.

Jesselyn Radack, National Security and Human Rights Director for the Government Accountability Project, the nation's leading whistleblower protection and advocacy organization, highlighted the importance of the document, tweeting on Monday: "It speaks volumes when 8 arch-rival tech giants ban together to limit govt #surveillance."

In addition to the letter, the Reform Government Surveillance site outlines five reform principles the groups are calling on governments to endorse: limiting governments’ authority to collect users’ information; oversight and accountability; transparency about government demands; respecting the free flow of information; and avoiding conflicts among governments.

In regards to the transparency about government demands principle, Ars Technica points out that

This isn't the first time some of these companies have collaborated to change the government's spying process. In September, Google, Microsoft, Facebook, and Yahoo "petitioned the notoriously secretive Foreign Intelligence Surveillance Court for the right to be more specific on the types of legal requests it receives from the government," as we reported at the time.

"It speaks volumes when 8 arch-rival tech giants ban together to limit govt #surveillance."
—Jesselyn Radack, Government Accountability ProjectWhile Apple is listed as a signatory to the open letter, its name does not appear with the others prefacing the five principles.

The document from the tech giants "comes as some of the very signatories to the letter are criticized over their data collection practices, which have led to increasing concerns over privacy," Al Jazeera America reports:

This latest gesture comes as some of the very signatories to the letter are criticized over their data collection practices, which have led to increasing concerns over privacy. Google, for example, was fined in September for not complying with the French government's request for specific information on the data it collects from users. The search giant has also faced challenges to its Street View mapping project, acknowledging in March that it had violated people's privacy. Facebook, with its Graph search feature, has been criticized for the way it mines user data. Apple too has been scrutinized.

For some privacy advocates, the companies' statements represent a good stand, but mark only part of what must be done on an international level to end mass surveillance.

Mike Rispoli of Privacy International welcomed the announcement from the tech giants, writing, "The launch of these industry principles today are a first step to restoring much of the trust in the industry that has been thrown into question since the release of the Snowden documents." He adds, "It is time for drastic changes to how intelligence is regulated, conducted and overseen, and we welcome these companies' contribution to this debate."

Yet more must be done on an international scale, Rispoli continues:

Given the global scale of these industries and the infrastructure and services they administer, we need reforms that protect all people and not just the US citizens who use these companies’ services. Privacy is a universal right, enshrined in international law, and must be protected, respected, and upheld as such. We need common standards that apply to all data held by US companies, not rules that afford different protections to individuals depending on their citizenship.

We also need to bring to this debate the telecommunication companies that operate the infrastructure of our communications, and those who build the technologies that allow surveillance to take place. They are equally responsible for raising the bar and pushing back against the encroachment of intelligence agencies into our private communications. Their silence is particularly noted.

CNN reports on the tech giants’ pushback against NSA: