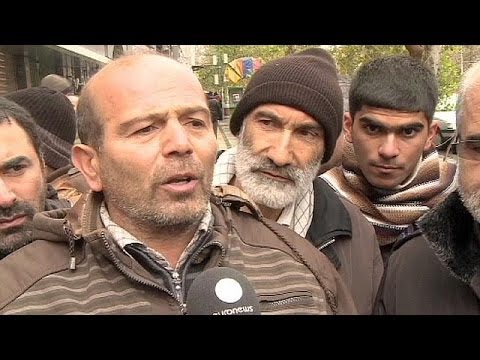 [Excerpts from a new report from the National Iranian American Council:]

Upon assuming the presidency in January 2009, Barack Obama told the world that if Iran were willing to unclench its fist, it would find an extended hand of friendship from the United States. Nearly five years later, the election of President Hassan Rouhani in Iran has spearheaded a process in which Obama’s stated vision is slowly being carried out in practice.

Contrary to conventional wisdom in Washington, there is little evidence to suggest that the sanctions pressure caused the current opening and the resurgence of the pragmatic forces in Iran. Rather, an unexpected result in the June presidential elections in Iran came about thanks to unprecedented political coalition building and the Iranian people deciding to defy the prospects of a repeat of the 2009 election fraud. Together, this helped catapult to power a team espousing a positive- sum narrative of collaboration with the West who had been pushed to the margins of Iranian politics during the presidency of Mahmoud Ahmadinejad.

After eight years of a hardline narrative in Iran based on confrontation and resistance,

But the pendulum can easily shift again. Hardliners are waiting for Rouhani to fail so they can return to the forefront of Iranian politics. Choices that the West makes today will help define Iran’s internal and external outlook going forward…

The U.S./E.U. can propose holding a high-level, high profile U.S./E.U.-Iran Science Summit, potentially under the auspices of TED, that brings together the best and brightest Iranian, European and American scientists across a range of non- controversial scientific fields (proposed initiatives below are prime candidates for topics at such a summit). To ensure that the summit will make a deep impact on the discourse in Iran, the U.S. and its partners can work to secure the attendance of prominent American and Iranian American personalities, such as Bill Gates, Pierre Omidyar, or Omid Kordestani . . .

The central messages of this initiative would be:

The West is not inherently opposed to transfer of energy technology to Iran;

Iran’s energy needs can be addressed through renewable energies;

A common – and not entirely indefensible – justification that Iranian officials provide for their country’s nuclear program is domestic energy needs. To that end, American and European officials can work together to organize and send to Tehran a delegation of green energy executives, with the expressed intent of collaborating with Iran on state-of-the-art renewable energy technology. Many areas in Iran are ripe for the utilization of solar and wind resources. Iranian organizations have undertaken numerous projects on optimizing energy consumption, as well as using renewable and pollution-free sources of electricity. But much more can be achieved if collaboration with leading renewable energy entities in the West could take place…

A frequently discussed but rarely enacted confidence-building measure is creating linkages between the U.S. Congress and Iranian Majles. In the current context, domestic political 22 realities make this type of outreach challenging, but both sides have a handful of brave legislators that are willing to move forward on this idea if they have political protection from the highest levels of their respective governments. To that end, the U.S. can communicate directly to Ayatollah Khamenei and President Rouhani’s offices its willingness to support outreach between American and Iranian lawmakers on mutually-agreed upon science issues…

4) Key University Presidents visit Tehran Like lawmakers, university presidents are high-profile figures in society that bring an air of respect and importance to the initiatives they undertake. In recent years, Iranian universities have increasingly fallen prey to sanctions and other forms of pressure, which in turn has reduced their links to the international community – even in non-contentious fields. This has strengthened the narrative of the hardliners and given it an air of accuracy, allowing them to argue that if the West is not seeking to prevent Iran’s overall technological progress, why is it affecting Iranian universities in areas that are unrelated to the nuclear program? In an effort to remedy this, a noteworthy gesture on the part of the White House would be to send the presidents of prominent American universities to meet with their Iranian counterparts in Tehran as a first step. The expressed intent of these visits would be to build academic collaboration on mutually agreed upon science issues between institutions, professors and students in the U.S. and Iran…

A prominent feature of American outreach to the world is its Fulbright Program – the flagship international program sponsored by the U.S. government in an effort to increase mutual understanding. Over the past three decades, the Fulbright program has been virtually non-existent on Iran. Numerous political and legal issues stand in the way, but it is possible to construct a “Fulbright program in everything but name” for Iran. To that end, senior Obama administration officials and American lawmakers should offer to work with their counterparts in Tehran on the establishment of a Fulbright program for Iranian students to study mutually agreed upon fields of science in the United States while Iran permits and facilitates American students coming to Iran…

Inside Iran resides the largest lake in the Middle East and one of the largest salt lakes in the world. Lake Urumieh, located in northwest Iran, has been systematically drying for years, and the United Nations estimates that this crisis directly threatens the well-being of six million people while also affecting the lives of 76 million people in the surrounding area. 5 A 2012 assessment by the UN Environment Program was unequivocal: “Scientists have warned that continued decline would lead to increased salinity, collapse of the lake’s food chain and ecosystem, loss of wetland habitat, wind blown “salt-storms,” alteration of local climate and serious negative impacts on local agriculture and livelihoods as well as regional health.” 6 The U.S. and E.U. can significantly build confidence in Iran while strengthening the positive-sum narrative by offering to help organize an international seminar in the city of Urumieh that would bring together environmental experts to help find solutions to this man-made disaster…

7) Air Pollution in Iran Iran faces major air pollution challenges, especially given its growing population and declining infrastructure. Air pollution is perhaps the foremost major urban environmental concern, especially the emissions from automobiles. Millions of tons of pollutants are released into the atmosphere by motor vehicles each year. Schools, business and government offices must be regularly closed because of dangerously high levels of air pollution. In the last two years, there have been only 250 days with acceptable air quality in Tehran, and air pollution is estimated to be indirectly responsible for over 4,000 deaths annually. 7 Of the top ten most polluted cities in the world, four reside in Iran, with Ahvaz being the world’s most polluted city…

These measures will not guarantee success, but as in any political undertaking, one must play the odds. Empowering the positive-sum narrative in Tehran represents an opportunity for the West to maximize this opening, which may be the last best chance at solidifying a new, more collaborative and less hostile orientation among Iran’s political elite. Furthermore, each of the measures outlined in this report are low risk, high reward initiatives. They send real signals to Iran in its entirety , while also placing the onus of potential rejection and mismanagement on the Iranian government.

Euronews reports on ordinary Iranians’ aspirations for the negotiations: