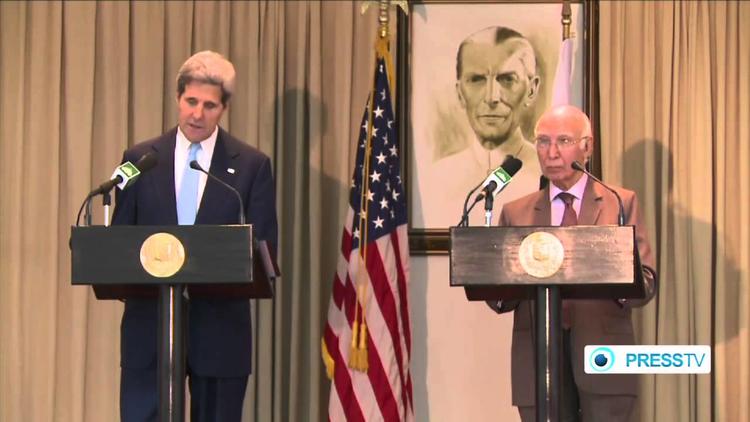 U.S. Defense Secretary Chuck Hagel threatened Pakistani [leaders] on Monday with cutting off up to $1.6 billion in aid if the country's mass protests against U.S. drone strikes continue, Pentagon officials said, according to The New York Times.

Yet Pentagon officials said Sharif gave his assurances that he would end the blockade and ensure safe passage of military equipment, The New York Times reports.

The Express Tribune reports that last week Sharif ordered police to devise a strategy for shutting down the protests if the opposition party Pakistan Tehreek-e-Insaaf (PTI) refuses to disband them.

PTI and coalition forces have vowed to continue the protests until the U.S. drone strikes end in Pakistan.

In October, the Obama administration gave $1.6 billion in annual aid to Pakistan amid growing public anger over the deadly strikes.

The Pakistani defense ministry claims that 2,160 militants and 67 civilians have been killed in over 300 U.S. drone strikes. Residents of the communities that fall under attack, however, say far more civilians are dying, and Pakistani officials do not provide the names, or access to the bodies, of those killed, IPS reports. The Bureau of Investigative Journalism estimates that between 416-951 Pakistani civilians have been killed in U.S. drone strikes since 2004, including 168 to 200 children.

PressTV reports on Hagel’s visit to Islamabad and the issue with Khyber-Pukhtunkhwa Province preventing NATO convoys going through its territory to Afghanistan.

See also Karzai, Pakistan Protests against US Drone Strikes may force US Out