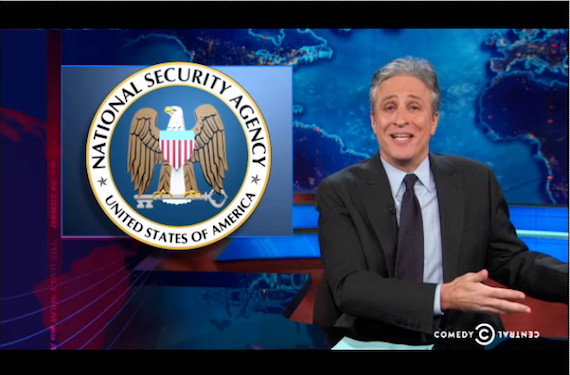 Jon Stewart reviews the false statements by President Obama and administration officials about the nature and scope of National Security Agency electronic surveillance of Americans. It is in fact scooping up emails and telephone calls. They’re even in ‘Worlds of Warcraft.’ They’re monitoring the locations of 5 billion smartphones every day. They “want it all.” I began by saying that the Snowden revelations showed the government violating the 4th Amendment. We are now at the point where their assault on the privacy of innocent individuals is fully science-fictional. It turns out that “2014” is substantially worse than “1984.”

Here is the Daily Show segment