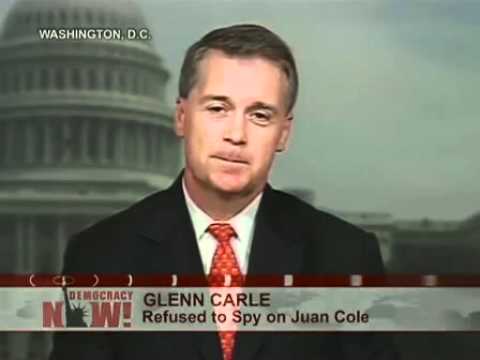 Cenk Uygur at Young Turks makes the point that the National Security Agency and other US intelligence (services who are ending up with massive amounts of electronic surveillance information on Americans –whether that is what they were mainly going for or not) keep saying we should trust them with the information. They maintain that they aren’t looking at the information on US citizens on US soil and that strict procedures are in place to forestall abuses. But they admit a few abuses– NSA ex-boyfriends stalking ex-girlfriends and similar minor personal matters.

But there is no reason for us to simply trust the US government with personal information that they should not by the Constitution be having in the first place. The history of government illegally invading privacy and playing dirty tricks on citizens is long and fetid. J. Edgar Hoover menaced senators with his secret files. The the Joint Chiefs of Staff actually proposed to Jack Kennedy in 1962 that they conduct a false flag campaign of terrorism in the US and blame it on Castro, to justify an invasion of Cuba. That is, the highest military commanders of the US armed forces were terrorists willing to hurt innocent citizens for their purposes. You had COINTELPRO in the 1960s and 1970s, when the FBI attempted to smear and disrupt anti-war groups by infiltrating them. Richard M. Nixon attempted to use the CIA politically, and it kept 10,000 files on US citizen activists on US soil at that time. All this would come as no surprise to the Founding Fathers, who knew that government officials are often corrupt and tyrannical and can’t be trusted. That was why they attempted to bind those officials with a constitution, bill of rights, independent courts, and oversight from the legislature.

Their attempts have failed. In late 2001 there was a coup, and a secret shadow government was established at that point that has no checks or balances, and which is completely ruthless. It exploited elementary flaws in the architecture of the internet to spy on the whole world not excluding Americans on American soil (the internet sends US emails, phone calls, etc. all around the globe bouncing off servers, and you can’t scoop up all the fiber optic traffic going to the UK across the Atlantic without scooping up Americans’ information). It doesn’t tell the relevant House and Senate committees or the judiciary what it is really up to, or even, I suspect, the president.

An indication of how these things are actually done surfaced when Glenn Carle, a retired CIA officer, and some others inside the agency, told the New York Times’s James Risen in 2011 that the Bush White House asked the CIA to “get” me (Juan Cole) wanted to find personal information on me with which to discredit me. Carle’s and others’ courageous pushback (he said “hell, no, that’s illegal and might destroy the Agency!”) helped stop this criminal conspiracy of the Neocons in its tracks. But others at the Agency were perfectly willing to go along, and if Carle hadn’t been there, who knows what would have happened? And if the White House could try to use the CIA against an obscure Midwest college professor with a blog, imagine what they were doing to other more important people.

More came out on Democracy Now! that summer.

By the way, Barack Obama’s DOJ is prosecuting the courageous James Risen for his national security journalism, which is despicable. After all, what the White House ordered the CIA to do to me was presumably classified, so he revealed classified information. It is all classified, Mr. President, the wrongdoing along with the things gotten right. You can’t have journalism if you prosecute all leaks.

I should say that I’ve met many US intelligence analysts who were highly professional and did a hard job in which they sometimes risked their lives. Many have performed great services to the US in rolling up core al-Qaeda. I was proud to consult in Washington with a range of USG officials from many agencies about how to do that in the zeroes. But what we’re now learning about the extent of NSA snooping (not to mention earlier revelations about black sites, torture and the whole horror show in Jane Mayers” The Dark Side) underscores that things have gotten out of control and major reform is absolutely necessary. Intelligence shouldn’t be a danger to the values of the republic it purports to serve.