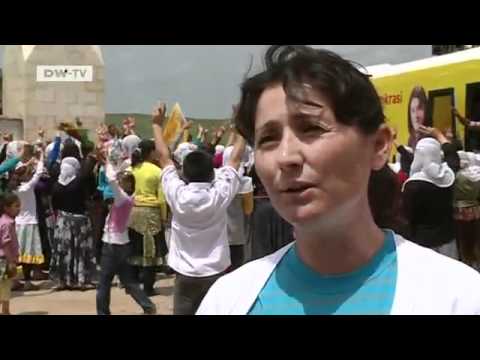 We know that women have always been an easy target for politicians around the world. But there is no other country like Erdogan’s “New Turkey” where the political agenda is constantly shaped by discussions around the female body.

Fort the last 11 years, it has been a common practice for the Prime Minister to consider it his duty to comment on people’s private life. But especially since the protests in June, his real aspirations to create – in his own words – “a pious generation” became more evident. Of course, part of this job was finding ways to keep women at home.

First it was how many children a woman should have. According to the PM, three was the ideal number but it could get even more “ideal”. Then he talked of abortion as “murder” although it has never been a taboo or even an issue in Turkey. Erdogan’s fans were also busy acknowledging his “heroic” words. Last Ramadan, a self-appointed religious philosopher said on State TV that pregnant women in the street were an ugly sight and they should stay at home until the baby bump melts away.

“The public was distracted from the real problems that they face”

Just recently, the PM said that his government was receiving huge numbers of complaints regarding student houses where male and female college students live together. And he emphasized his determination to act officially “to protect moral values in our society.” Following this statement, the issue of “girls and boys living together” was the dominating subject of discussion on every TV debate. Once again, the public was distracted from the real problems that they face, such as unemployment, a deteriorating education and a failing social security system.

What a coincidence that this latest comment of our “conservative-democrat” PM comes right after the ban on wearing headscarf in public places was defied in the parliament. While the opposition remains reactionless in an attempt to “rob AKP of their favourite leverage”, the mere fact that the four MPs wearing headscarf are women in their 40s, that they had never covered their hair before and began to do so only at the command of their party chief must show how ready Turkish women still are to be dictated on their lifestyles.

ARTWORKS: Pieces that caught our eye at Abu Dhabi Art

The ruling party’s effort to use the headscarf issue in order to garner more votes in the upcoming local elections is clear. As always, it’s not really about democracy or freedom. It’s about reshaping the Turkish society with the facade of conservatism. It’s about drawing more and more women away from public life. It’s about controlling people by branding them as on our or as on the opposite side.

The sad and scary thing is the willingness of Turkish women to be subordinated and let others decide for them. Maybe it’s because they never have fought for their rights as women in the West did. But I really hope that they come to realise and appreciate the importance of a secular democracy for women’s rights before they themselves have to take up a campaign to be able to drive, too.

Mirrored with permission from Your Middle East