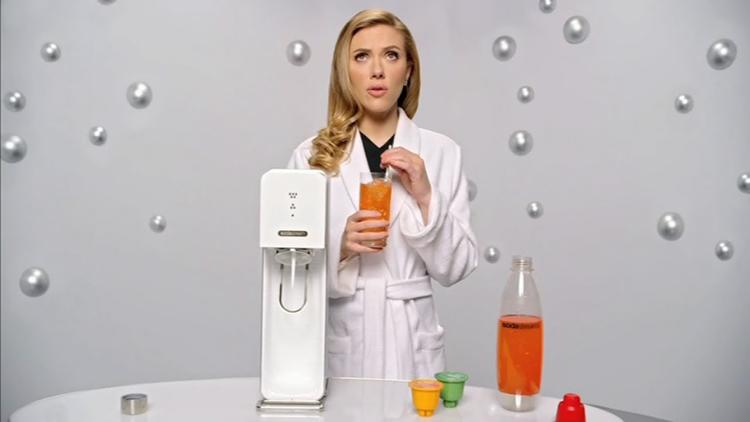 The determination of the Likud Party to annex the Palestinian West Bank is damaging the interests of world Jewry. This harm is clearly visible in the controversy that has engulfed movie star Scarlett Johansson, who was a global ambassador for the Oxfam charity and who also agreed to become a spokesperson for the Israeli company Sodastream, which has a factory in the Occupied West Bank. She will star in a Superbowl commercial for the company.

Oxfam points out that the Israeli occupation of the Palestinian West Bank is illegal, and it is opposed to trade with settler commercial enterprises based there. The Sodastream factory in set in a 40,000-strong Israeli squatter settlement designed to cut East Jerusalem off from the West Bank and make a Palestinian state impossible. Israel squatters divert most of the West Bank’s water and other resources to themselves, leaving Palestinians impoverished.

In the end, Ms. Johansson had to choose between the two, and she gave up her association with Oxfam.

The Israeli Occupation institutions in the Palestinian West Bank are increasingly being boycotted, especially in Europe (Oxfam is based in Britain). Although it is clearly illegal for an Occupying Power to move its population into occupied territory (Geneva Convention of 1949), far right wing Israeli governments have flooded this Palestinian territory with hundreds of thousands of illegal squatters, who have usurped Palestinian property, confined Palestinians to Bantustans, and imposed onerous checkpoints on them. The Jewish supremacist squatter settlements are Jewish-only and no Palestinian can live in them. The militant squatters are often heavily armed and are increasingly attacking Palestinians and their mosques and other institutions, as well as waging economic warfare on them by cutting down their olive trees.

The European Union has decided to use its economic clout to push back against the clear Israeli determination to annex the whole West Bank while keeping its indigenous Palestinian population stateless and without the rights of citizenship.

That is, the growing international movement to divest, boycott and sanction the squatter institutions on the Palestinian West Bank is unlikely only to affect the latter over time. There is increasing danger of Israel proper being subjected to boycott because it is so tightly intertwined with the settlers.

Israeli Finance Minister Yair Lapid has just warned that if the current round of peace talks fail and a settlement is not reached with the Palestinians, European boycotts could bite into the Israeli economy.

As boycotts, divestment and sanctions expand, American and European Jews with investments in those enterprises could get punished economically or with regard to reputation. In short, instead of Israel making North Atlantic Jewry more secure, its current Greater Israel policies are increasingly harming the two-thirds of the world’s Jews who don’t live in Israel but who feel an attachment to it and do business with it.

Even five years ago, Ms. Johansson’s involvement in a firm such as Sodastream would likely have passed without comment. That there is a controversy now is a sign of an enormous sea change in public opinion. Personally, I feel sorry for her– I am sure she did not not know what she was getting herself into and did not anticipate this bad publicity and I also am sure that she supports a two-state solution (in her statement she talked about Israel and “Palestine”). Unfortunately, one of the prices celebrities pay in the US is that they are under an unforgiving and ceaseless spotlight, and that sometimes makes them unwitting and unwilling harbingers.