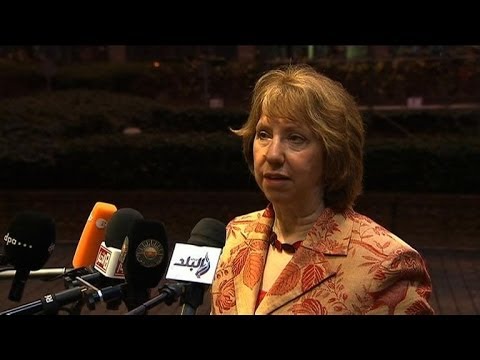 My esssay, “Iran Breakthrough a Triumph For Pragmatists and a Defeat For the Warmongers” is out in Truthdig today.

“By 2011, the U.S. Congress and the Department of the Treasury had imposed what amounted to a financial blockade on Iran. The U.S. strong-armed other countries not to buy Iranian petroleum, cutting exports by a million barrels a day. It severed Iranian banks from the international banking system, making it difficult for Iran to get paid for its oil by countries like India or South Korea. The financial sanctions caused the Iranian rial to collapse against the hard currencies, inflicting real pain on the Iranian middle classes. European concerns, such as the French automaker Renault, had to pull out of their Iran partnerships, suffering large losses. Blockades are acts of war and often lead to war, and the U.S.-led financial blockade on Iran was a standing provocation that, if maintained, could easily eventually lead to hostilities (which would suit hawks on both sides).

Many Iranian politicians were contemptuous of Ahmadinejad’s buffoonish pronouncements and populist exuberance, and blamed him for the sanctions regime. He was limited to two terms, however, and this past summer he was succeeded by Rouhani, a cleric who had conducted nuclear negotiations with Europe in the early 2000s. Rouhani had been a hard-liner but moved somewhat to the left over the years, seeking slightly more personal freedoms and wanting to break out of Iran’s pariah status.

Rouhani and his team are convinced that their original plan for nuclear latency and nuclear power can succeed and sanctions can be lifted, if only Europe and the Obama administration can be assured that Iran really does not want a nuclear warhead and is not an aggressive power in the region. They are confident, in short, that Ahmadinejad’s rhetoric and lack of transparency were the problems, not the program. Rouhani thus moved aggressively on coming to power to reach out to Obama and the UNSC. In the end, the negotiations succeeded not because Iran was crushed by sanctions and suddenly was willing to change policy. Rather, unlike the prickly Ahmadinejad, Rouhani understood that the sanctions regime was unpopular in Europe and could be undermined by simply being completely transparent about Iran’s real intentions, which were never to construct a weapon.”