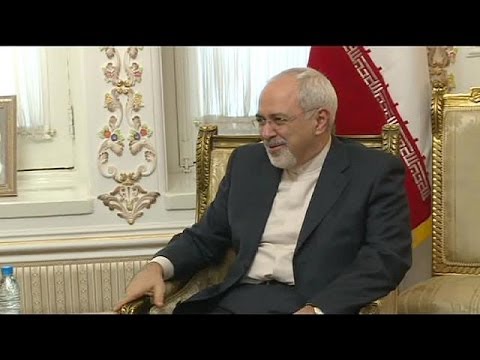 Despite strong opposition by the White House and the States Department and despite the pleadings of some of the most prominent bipartisan US foreign policy luminaries who have warned that additional sanctions would jeopardize ongoing diplomatic efforts, many US senators are pushing forward with a new resolution that is supported by the same neocons that brought us the Iraq war.

It seems that the majority of Congressmen and Senators know very little about Iranian history or what is going on in Iran at present. To say that sanctions have forced Iran to the negotiating table is not entirely correct. The sanctions have certainly affected the Iranian economy, but even Saddam Hussein’s unpopular regime managed to stay in power for many years despite crippling sanctions and it was only a disastrous war and occupation that ultimately deposed him.

Iran has gone through a massive popular revolution, whose main principles were freedom and independence. One of the main reasons why people turned to the revolution that was ultimately dominated by the clerics was that they wanted to put an end to foreign interference in their domestic affairs and to two centuries of foreign domination that had humiliated a proud and ancient nation. Although many people have been disaffected with the religious aspects of the revolution, nevertheless, the principles of freedom, independence and ending foreign interference in Iran are still very strong in the minds of the Iranians, and this is why they are prepared to put up with a great deal of hardship in order to defend those principles. This is why during eight years of a devastating war that Saddam Hussein waged against Iran, with massive regional and Western support, and which resulted in hundreds of thousands of dead and injured and hundreds of billions of dollars worth of economic damage, the masses of people remained steadfast in defending their country.

Despite a negative image of Iran that has been portrayed in the West, the Iranian society is a vibrant, politicized, and engaged society. The massive participation of people in successive elections is a testimony to how engaged people are with politics. In 1997, in a remarkable election with the highest turnout in any presidential election in Iran, the people overwhelming voted for the reformist President Mohammad Khatami. President Khatami’s platform was reform at home and dialog abroad. He proposed a dialog of civilizations and stretched a hand of friendship towards the West. Under President Khatami’s government Iran offered a grand bargain with the United States in 2003 including over the nuclear issue, and Iran even suspended enrichment for over two years and signed the Additional Protocol, only to be rebuffed by the Bush Administration that declared Iran a member of the Axis of Evil. It was that disastrous decision that weakened the reformists and persuaded many people that the West was not after dialog, friendship and reconciliation. It strengthened the hand of the hardliners and resulted in the election of President Mahmud Ahmadinejad.

In the recent election, once again 75 per cent of Iranians took part in the election and over half of the voters voted for a moderate and pragmatic politician, who again promised a less securitized climate at home and moderation and peaceful coexistence in foreign policy. Within the first 100 days of President Hassan Rouhani’s tenure the remarkable Geneva agreement was signed, which has put drastic curbs on Iran’s nuclear program for relatively modest concessions from the West. The agreement has stopped Iran enriching above five per cent, has called for the conversion of Iran’s stock of uranium enriched up to 20 cent into fuel rods that cannot be converted back for any military purposes, has called for stopping Arak’s heavy water reactor, etc.

That remarkable agreement has many opponents among the hardliners in Iran who have strongly criticized it and who are waiting for an excuse to pounce on it and stop the rapprochement with the West. That agreement has been reached not as a sign of weakness, but as a genuine attempt to put an end to over three decades of hostility with the West. President Ruhani’s. If Congress succeeds to rebuff Iran’s offer of closer ties with America once more, it will prove that the United States is not serious about a peaceful resolution of the conflict, and this will only strengthen the hands of the hardliners once more.

The sanctions are a blunt instrument and there has hardly been any example of the sanctions changing the political behavior of the target country. The aim of the sanctions should be to start negotiations and reach agreement, but if even after the start of the negotiations the sanctions continue they will completely defeat their purpose. It should be remembered that Iran has been under continuous US sanctions since the beginning of the revolution although they have been ratcheted up recently. Nevertheless, Iran has learned to cope with those sanctions and even to benefit from them by making the economy less dependent on oil revenue. Nevertheless, the Iranian oil minister declared on Friday January 10th that since the beginning of the current Iranian year Iran has earned $35 billion dollars from the sale of oil despite the sanctions, so Iran is not on her knees.

The only reason why many European countries joined the US-imposed sanctions’ regime was because allegedly Iran was pursuing a nuclear weapons program. Apart from the NIE report in 2007, declaring that Iran did not have an ongoing nuclear weapons’ program, the recent landmark agreement with Iran severely limiting Iran’s nuclear activities has further weakened any suspicion that Iran is pursuing nuclear weapons. Only this week, a British parliamentary delegation led by the former British Foreign Secretary Jack Straw visited Iran and met with Iranian president and foreign minister. In a press conference, Jack Straw openly declared that the sanctions were wrong and have to be lifted. Many European firms are already in Iran touting for business. China has indicated that she will be buying more oil from Iran this year, and yesterday Reuters reported that Russia and Iran are close to finalizing an oil-barter deal which would see Moscow trade goods to Tehran in exchange for about 500,000 barrels of oil a day. At current prices, that much oil would be worth about $1.5 billion a month.

Therefore, may be a new resolution by the Senate calling for more sanctions can have only one effect, namely the complete opposite of what they wish to achieve. It will persuade many European countries to go it alone. So, as far as Iran is concerned, may be a new resolution for new sanctions will be the last nail in the coffin of the sanctions’ regime as international confidence in the United States will be totally eroded.

Farhang Jahanpour is a former professor and dean of the Faculty of Foreign Languages at the University of Isfahan. He has also taught at Cambridge and Oxford universities and was also a senior Fulbright research scholar at Harvard.