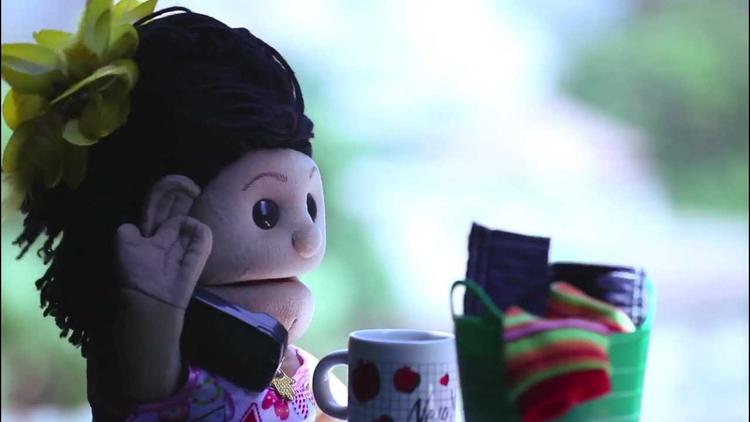 When the venerable al-Ahram newspaper, then under the control of the government of Hosni Mubarak, published the allegation during the 2011 revolution that the crowds were just coming down to Tahrir Square for KFC chicken, it was the beginning of the end of the Mubarak establishment. It might have survived being repressive, brutal and incompetent. It could not survive being viewed as ridiculous.

The military regime that came to power in a coup on July 3 has put January 25 revolutionaries in jail for protesting and has used brutal methods to clear sit-ins by the Muslim Brotherhood. But it is demonstrating a bizarre paranoia in its latest moves.

Vodafone had produced a commercial for the Egyptian market featuring muppet characters Abla Fahita and her daughter Karkura. Ms. Fahita speaks to an off-screen character, Mama Tutu, whom one television pundit, Ahmad Spider, accused of being symbolic of the now-proscribed Muslim Brotherhood. Spider had earlier maintained that the 2011 revolutionaries were a conspiracy of Freemasons.

The Egyptian government prosecutor general then actually asked the state security office to investigate the commercials. A Vodafone executive said “I don’t know what to say, I’m sad that we have reached this level of thinking…” The state security prosecutor interrogated him on Wednesday, asking if the muppets were transmitting secret code for the Muslim Brotherhood.

The Egyptian state has long been peopled by people obsessed with weird conspiracy theories. That kind of thinking is encouraged by dictatorship. It is transparency that cuts down on paranoia. Unfortunately, Egypt’s brief fling with democracy did little to dispel the conspiracy theory mindset on the part of high officials and television hosts.

In early fall, there was the case of the spy stork, when a tracking tag was mistaken for an espionage device on a stork. Although the bird was exonerated from treason charges, it was nevertheless eaten in captivity.

Then there had been in the last year of the Mubarak era the allegations that sharks attacking swimmers in the Red Sea might be Mossad agents of Israeli intelligence.

Mind you, the military government has jailed journalists for alleged incorrect reporting (three Aljazeera correspondents were recently detained) and spreading false information is one of the grounds given for the recent ban on the Muslim Brotherhood.

Charlie Chaplin and Mel Brooks demonstrated that there is no dictatorship so heinous that it cannot be successfully ridiculed.

As Human Rights Watch deplores the current interim government’s dreadful human rights record, the regime now has a new problem– that it is becoming a laughing stock in the eyes of the world.

here is an older episode of Abla Fahita