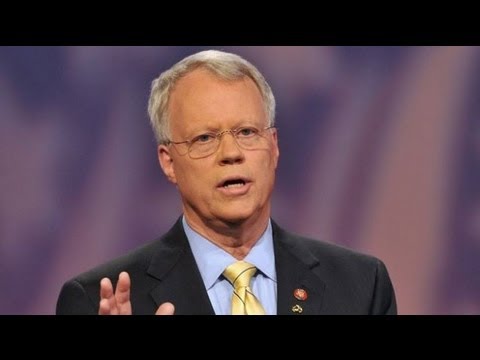 Polling by the Pew Charitable trust shows that the gap between Republicans and Democrats on evolution has substantially widened in just 5 years.

Meanwhile, the percentage of Democrats who believe in evolution rose from 64% to 67%. Between the 9 point increase in creationism among the GOP faithful and the 3 percent decline in that persuasion among Democrats, the gap between the two parties on this issue increased by 12% in just a few years.

You never want to see a substantial body of Americans rejecting science; it is bad for the country. Understanding evolution is absolutely key to science, biology and biotech, and the South Koreans will have us for lunch economically if our public turns ignorant on this issue. It isn’t only biology that requires scientific thinking. There is now a field of evolutionary psychology. It comes into the workings of the brain. Comparing primates would be nonsensical if humans weren’t related to chimpanzees, bonobos and apes (it should be obvious that they are just from observing them). But many medical and other scientific discoveries can be accomplished through such comparisons. Those are discoveries, and technologies and commodities that others will invent, not thinking-impaired Americans.

The future of the world is a future of science and technology. For an entire political party to be dominated by the determinedly ignorant is dangerous to American fortunes.

There isn’t any doubt of US backwardness on this issue. In a poll of publics in 34 countries, the US came in 33rd. Only Turkey ranked lower. That is, Christian fundamentalism and Muslim fundamentalism dragged these two countries to the bottom. In countries such as France, Sweden and Denmark, 80 percent of adults accept evolution. Some 78 percent of Japanese do.

Backward thinking dominates the US and the GOP appears to be taking the country down further into obscurantism.

The good news from the Pew poll, however, is that the youth of America disproportionately do accept evolution.

In the 18 to 29 age bracket, 68% of Americans reported accepting evolution. That is slightly better than the Democratic Party. In the 30 to 49 age group it is 60%. Our youth are about 10 points behind the Japanese public on this matter, and 12 points behind France. But they are closer to the norm of advanced countries than is the Republican Party.

One explanation for the decline of scientific thinking in the Republican Party over the past decade and a half is that young people have deserted it in droves and the party itself is just old.

Some 60% of youth aged 18 to 29 voted for Barack Obama in the last election, with only 36 percent going for Romney. Some of that vote for Romney appears to have been a protest against the lack of jobs. Moreover, voting for Romney and being a self-identified Republican are not the same things, and I suspect that many of those youth votes were from independents.

American youth in polling report that they do not believe in trickle down economics and that they do believe in gay marriage. Youth values lead them to be disproportionately democrats, and they may well develop a lifetime loyalty to that party, as young people in the 1940s became devoted to FDR and mostly stuck with the Democrats.

Fox Cable News is suffering from the same sort of age gap as is the Republican Party, as Politicsusa points out, which is natural since Fox is the media arm of the GOP. Comparing 2013 to 2012, Fox lost 19 percent of of its viewers aged 25 to 54 during the day. In prime time they were down 30% in that prized demographic. No other network plummeted in youth viewers as steeply as Fox. The network’s attempt to stanch the outflow by moving Megyn Kelly to the 9 pm slot failed miserably. She was down 20% in young viewers compared to Sean Hannity in 2012.

Region may also be playing a role. As of 2009, the GOP was for a while almost exclusively a southern party. The South is Baptist country, and Baptists have a far higher rate of rejection of evolution than do the churches that predominate in the urban areas and the north and west of the country. (The growth of Protestant evangelicalism and fundamentalism, some scholars argue, is an artifact of so many workers having emigrated to the Sun Belt. When they arrived in Dallas or Atlanta, northern workers often just started going to the local Baptist church even if they had originally been Methodists or Lutherans.

The bad news is that you have a major political party in a superpower promoting irrational beliefs like creationism and rejection of climate change. We all suffer from the bad policy the party makes, as with the steep cuts in the science budget of the “sequester,” made by people who don’t respect or like science.

The good news is that that party is not setting the national agenda and will have difficulty doing so.

American science is in the hands of American young people, who are full of innovation and creativity. They just aren’t on the same page with the GOP, which is increasingly made up of people who “like” stories about Jesus among the dinosaurs on Facebook.

Cenk Uygur of the Young Turks reports on “Evolution Is A Lie From Hell! (Republican Rep. Paul Broun)”