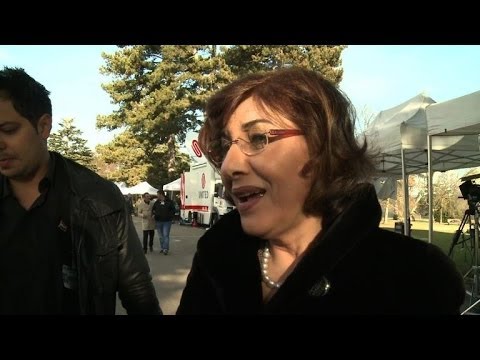 Since the beginning of this terrible conflict in Syria, I have been closely listening to people’s reactions to the violence and devastation occurring there. What is astonishing is how quickly Syria transformed from a place of relative obscurity to a topic of constant discussion among so many.

Even more astonishing, the solutions often offered to stem the violence prove that westerners have simply learned nothing from the lessons of history. These “solutions” tend to follow the same, tired formulae of a colonial mindset that helped put the Levant in this mess in the first place.

Some of the most passionate calls for “humanitarian” intervention and instant, western-led regime change have come from people who, ironically, are still disillusioned by the disastrous Bush Administration lies that led the United States into the heinous Iraq invasion of 2003.

Nevertheless, of all the “solutions” that I hear bandied about by those who truly believe they are in the know concerning these grave geopolitical issues, the most idiotic and truly outdated is balkanization, or as I like to call it in the context of Syria, Sykes-Picot II.

The Sykes-Picot Agreement was a secret deal between France and the United Kingdom in the latter years of World War I regarding the future of Ottoman Turkey’s Levantine territory. The deal was meant to define each empire’s sphere of influence in the Levant once the Turks were defeated.

It was the first step by western powers to impose age-old divide-and-rule policies on a large swathe of the former Arabic speaking part of the Ottoman Empire. The result was merely a change of control by one imperial power to another, from Ottoman Turkish to European.

What we see today playing out in the Levant is the outcome of the failure of Sykes-Picot’s regional order to establish a semblance of lasting stability. It should be noted that this failure was the intended consequence of the agreement, because divide-and-rule seeks only to disturb and subvert, never to unite.

Sykes-Picot was the balkanizing effort that kept the Levant at the mercy of outside powers, and those suggesting the international community balkanizes Syria are simply replaying the failures of the French and British empires nearly a century ago.

Now, balkanizing the already balkanized Levant is asinine for a number of reasons. Normally, I would make ideological pronouncements against perpetuating sectarianism and about the necessity of promoting a culture of unity among the people of the world. But, I will spare readers this approach and go in a more pragmatic direction.

The balkanization scheme as a means to ending the Syria conflict essentially translates into dividing the country into ethnic and religious enclaves, where Sunnis, Alawites, Kurds and other groups can live in “peace” in their own autonomous microstates.

The promoters of this “solution” often pat themselves on the back for their cleverness (whilst ignoring over 1,000 years of history that shows how the diverse groups of the region have lived together quite well), but seem to forget one major problem: The threat of Salafist jihadists has made the already foolish idea of new borders and boundaries even more untenable, unrealistic, and essentially superfluous.

These militants seek to reestablish the Islamic Caliphate (of course with very little resemblance to the original). This Islamic government would transcend political borders, culture, and language.

Further weakening what we call the Syrian state means an even greater potential for the Levant to become a breeding ground for Salafist militancy and protracted violence. Especially now, when the threat of Al Qaeda terror has increased (notwithstanding the idiotic claims of the United States that it is winning its war on terrorism), the possibility of the terrorist network firmly establishing itself in yet another region of the world is more real than ever before.

Besides the Al Qaeda problem, another drawback to balkanization is that inventing new borders in places where they never existed leads to chaos, both in the short and long term. Think of India and Pakistan, the whole of Africa, or other places that have yet to move past the grave problems created by arbitrary division.

In Syria especially, there are many areas of the country that are not homogenous in the least. Large portions of the country are multiethnic and multi-religious. Partition could lead to mass exodus, violence, and death, as has occurred in South Asia, Palestine, and other places throughout the world that were placed on similar paths.

Balkanization would mean an injection of further chaos into an already chaotic situation. So many Syrians have lost homes, livelihoods, and loved ones. Creating new microstates would only threaten fragile lives with even greater uncertainty, instability, and fear. There is absolutely no sense to a “solution” that engenders any more discord in Syria and the region.

The time has come to reject outdated notions of divide-and-rule, to stop forcing people who share a common history, land, identity, and so much more into believing they are too different to live together peacefully.

The time has come to oppose tired neocolonial paradigms that only benefit hegemonic powers.

The time has come to work for unity and lasting peace, where the people of the Levant forge a future for themselves, for a peace that originates from the grassroots and is not imposed by one sided conferences taking place in Europe.

Balkanization is a threat to the future of the Levant and its people. It will do nothing but create a power vacuum in a region already plagued by chaos. Those who promote balkanization as a solution either have insidious motives for the region or are completely ignorant of the Levant’s rich history of coexistence. Overcoming sectarian strife and civil conflict means we must help build bridges between communities, not forcefully erect new barriers.

Christopher Dekki is a native New Yorker, a scholar, an advocate for youth, and an educator. Primarily, he is the United Nations representative for the International Movement of Catholic Students – Pax Romana, one of the oldest and most respected youth NGOs at the UN. As the main representative, he leads a team of young people that lobbies UN member states on behalf of the poor and marginalized. Read his blog Embattled Empire (embattled-empire.tumblr.com).

AFP reports on the failing Syrian talks at Geneva II