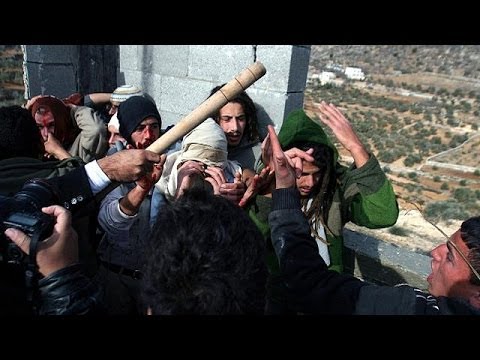 In 2007, Israeli prosecutors established that of 515 criminal suits related to Israeli settlers’ violence against Palestinians and Israeli security forces, 502 were related to right wing settlers in the Occupied Territories. According to the United Nations Office for the Coordination of Humanitarian Affairs (OCHA), the annual rate of settler attacks (2,100 attacks in eight years) had almost quadrupled between 2006 and 2014.

B'Tselem, The Israeli Information Center for Human Rights in the Occupied Territories, has consistently denounced acts of violence against Palestinians. According to B’Tselem, last January 6, masked settlers, accompanied by soldiers, arrived at the village of “Urif.” The settlers destroyed the electric meter of a USAID-funded reservoir under construction and threw stones at the home of Osama Safdi, a local resident, and at the village school.

In Hebron, a city located in the West Bank and home to approximately 250,000 Palestinians, there live between 500-800 settlers concentrated in the Otniel settlement and around the old quarter. According to B’Tselem, there are almost daily incidents of “physical violence and property damage by settlers in the city.” There are also curfews and restrictions of movement that are “among the harshest in the Occupied Territories” and violence by Israeli border policemen and the Israel Defense Forces (IDF) against Palestinians who live in the city’s H2 sector.

B’Tselem also reports that settler actions include “blocking roadways, so as to impede Palestinian life and commerce. The settlers also shoot solar panels on roofs of buildings, torch automobiles, shatter windowpanes and windshields, destroy crops, uproot trees, abuse merchants and owners of stalls in the market. Some of these actions are intended to force Palestinians to leave their homes and farmland, and thereby enable the settlers to gain control of them.”

In December 2008, Hebron settlers, angry at their eviction from a disputed house rioted and shot three Palestinian rock-throwers and burned Palestinian homes and olive groves. The attacks against Palestinians were characterized as “a pogrom” by then Israeli Prime Minister Ehud Olmert, who said he was ashamed “as a Jew.” Graffiti reading “Gas the Arabs! JDL” were reportedly sprayed by settlers on the Qurtuba girls’ school in Hebron.

Violence by settlers is particularly frequent in cases where settlements have been established in close proximity to Palestinian communities and their agricultural land. Because olive farming is a major industry in the Palestinian West Bank it has become a common target of attacks.

According to OCHA, roughly 10,000 Palestinian olive trees and saplings have suffered either uprooting or damage from Israeli attacks in 2013, a rise from 8,500 trees damaged in 2012. Yesh Din (named after a Hebrew phrase that means “there is law”) is an Israeli human rights group which provides legal assistance to citizens of the Palestinian territories. This organization states that 94.7% of complaints to Israeli police by Palestinians who had suffered damage to their olive groves between 2005 and 2013 were closed without indictment.

Acts of violence are not limited to people and trees. Amnesty International has denounced that scores of Palestinian-owned sheep as well as gazelles and other animals were poisoned with 2-fluoracetamide near At-Tuwani, a small Palestinian village in south Hebron, on March 22, 2005, depriving Palestinian farmers of their livelihood.

As settler violence continues unabated, I cannot but reflect how a people who have suffered so much from intolerance, hatred and outright vandalism would practice those same tactics against those they perceive as their enemies, while in the process brutally dispossessing them of their homes and livelihoods.

Palestinian – Settler violence on the rise since resumption of peace talks