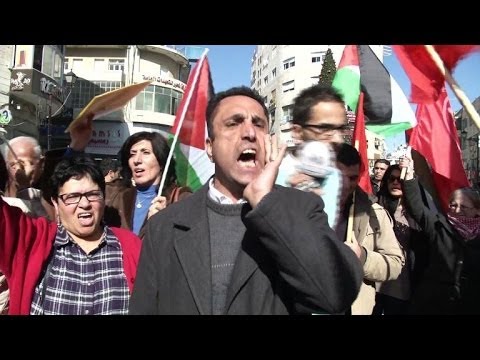 Israeli Prime Minister Binyamin Netanyahu is caught in a firestorm of controversy because his son Yair, 23, is dating a Norwegian woman whom he met while she was studying at university in Israel.

Ordinarily I would not want to bring up a story like this, since poor Yair is not a politician and deserves his privacy.

But the story is not about the young man; rather it is about the reaction to this news in Israel. The reaction is racist.

So here are quotes from the AFP article:

Nissim Zeev (Shas, an ultra-Orthodox party): [Netanyahu as prime minister must] “display national responsibility” … “It’s a big problem . . . I bet it pains him.”

The extremist Israeli organisation Lehava (which says it aims “to prevent assimilation in the Holy Land”) called on Netanyahu “to prevent this relationship”.

Bentzi Gopshtain (Lehavi, a far right organization opposed to Jews marrying out): “Your grandchildren, as you know, will not be Jewish.”

(According to the Talmud, Jewishness is passed on through the mother).

Let us just say that the son of the Norwegian prime minister started dating an Israeli university student in Oslo, and Norwegian politicians said it was “painful,” and “a big problem,” and called on the PM to intervene to stop it, and warned that the PM’s grandchildren would not be Norwegian because of this racial admixture.

The episode is important because it reveals some of what is meant when Netanyahu and other far right wing Israeli politicians demand that Palestinians recognized Israel as a “Jewish state.” They don’t mean a Judaic state, one based on religion. (The Likud and its coalition partners are secular and don’t mostly like the ultra-Orthodox). They mean it is a racially based state, in which members of one ethnicity have special prerogatives not enjoyed by other racial groups. If the issue was just religion, then the Norwegian young woman could just convert, assuming she was of a mind to and the whole thing got serious. But the commenters above clearly discount that possibility. Because their interventions are about race and racial purity.

When I pointed out recently that “Recognizing Israel as Jewish state is like calling America a White State” , I got some push back. But none of it was substantive, and the character of the present controversy underlines that my analysis was perfectly correct.

Some said it was like talking of an “Arab” state. But “Arab” is not a racial category (whatever the Baath Party may think), it is just a linguistic marker of identity. “Arabs” can be Muslim or Christian or (in Tunisia and Morocco), Jewish. People can live in an “Arab” state without being marked as to ethnicity, as long as they speak Arabic. (In this way it is analogous to the “English only” movement in American nationalism). Where they cannot, it is because “Arabness” was ethnicized in unacceptable ways.

Likud Party Zionism is based on 19th century European notions of race and nation, which are simply incorrect.

There are no races in the 19th century sense. People get all mixed up over time because of inter-marriage and because of fooling around. All Europeans (including Ashkenazi Jews) likely have a common ancestor as recently as 1000 CE. Most Ashkenazi women do not have the haplotypes or genetic pattern in their mitochondrial DNA that marks people as being from the ancient Levant (the haplotype is common to Jewish men and Lebanese and Palestinians in their Y chromosome. )