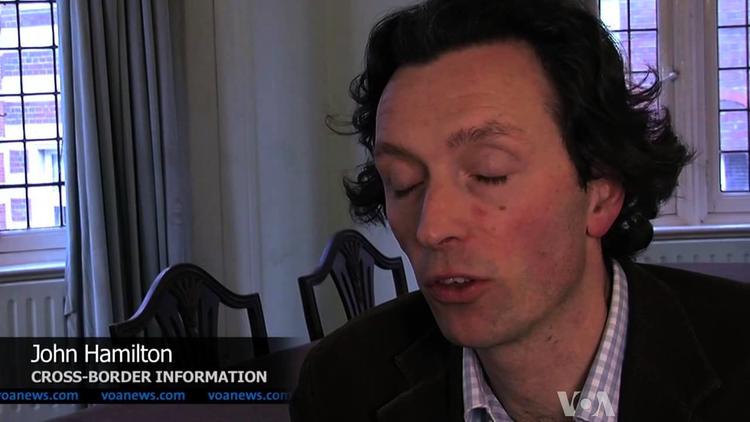 Security in Libya still remains an ephemeral prospect. The country is awash with guns and militias, numbered in the thousands. Since the collapse of the Gaddafi regime, successive transitional governments have consistently failed to impose their authority over the entirety of its territory and to reverse a deteriorating security climate. An ever-expanding network of rampant militia groups, with varying agendas and scope, is an undeniable obstacle to the country’s post-revolutionary stability. They typify Libya’s complex tribal, regional and ideological makeup, which Gaddafi held together with an iron fist for four decades.

Unable to adequately police Libya’s vast desert borders, the militias pose a threat to regional security. Small arms, antiaircraft missiles and rocket propelled grenades in some of the world’s largest weapons warehouses are readily available for militant groups, jihadists and violent opportunists, who consider these weapons as an “insurance policy” amidst the reigning anarchy. As a result, the entire Maghreb-Sahel region is vulnerable to cross-border militancy emanating from the Libyan “arms bazaar.”

Domestically, the militias also pose a threat to Libya’s unity and stability. Their diktat over strategic zones, including the oilfields the economy is so desperately reliant upon, has greatly undermined the government’s credibility and the country’s livelihood in recent months. For example, the Political Bureau of Cyrenaica, a federalist group headed by the self-styled Ibrahim Jadhran, has occupied strategic oil terminals since July. In October, the group announced the creation of a federal state of Cyrenaica. Libya’s economy minister Mustafa Abufanas says Libya has lost $10 billion in potential revenue as a result of these closures.

Libya’s post-revolutionary transition governments inherited a fragmented, bureaucratic and under-funded Gaddafi-era security apparatus. But their efforts to corral militias, through the integration of units like the Supreme Security Committees (SSC’s) and the Libya Shield force under full police and army control have failed to produce concrete results. These local brigades are often tasked with securing government facilities or manning checkpoint but militia commanders associated to the government are, for the most part, reluctant to cede their prerogatives completely.

Instead, they are happy to double-deal as long as they benefit financially and politically. Throughout 2013, militias invariably challenged the central government. At the start of the year, they besieged government buildings to pressure it into signing a law barring former members of the Gaddafi regime from occupying public functions. A few months ago, Prime Minister Ali Zeidan, a former exiled human rights lawyer, was kidnapped from his hotel by armed members of the Libyan Revolutionary Operations Chamber militia, a group working with the government, only to be released a few hours later. Zeidan’s brief detention illustrated the extent to which anarchy has come to reign over the country.

In Benghazi and Derna, a campaign of targeted assassinations this past year led to the death of military officials, policemen, judges, journalists and local political figures numbered in the hundreds. Not once have those responsible been arrested. Protests in Libyan cities calling for an end to “militia-rule” have become a regular occurrence, often leading to deadly confrontations between local populations and militiamen. In November, clashes between militias from outside Misrata and the local population demanding their departure led to the death of 43 people. The power militias have come to wield in their respective areas has led some figures, particularly in Libya’s fragmented political establishment, to believe that the transitional government’s necessary goal of full demobilisation is unattainable.

More worrying still for Libya’s stability is the resurgence of terrorist activity by Al Qaeda in the Islamic Maghreb (AQIM) and its affiliated organisations, such as Ansar Al-Sharia in Libya. Libya is at the cornerstone of AQIM regional strategy. Members of the intelligence community have gone so far as to label Libya, AQIM’s “headquarters” in the region.

With little to no policing of its vast and porous desert borders, the country is now a launching pad for terrorist operations throughout North Africa and beyond, helping jihadi groups in Tunisia, Algeria and Egypt to organise well-coordinated attacks such as the unprecedented hostage crisis at the In Amenas facility in Southern Algeria. Libya’s lawless desert provinces are a haven for weapons trafficking. The vast and unsecured weapons stockpiles, which mushroomed during Libya’s eight-month civil war, are at the mercy of Islamist militants with the financial clout to secure them for their fighters.

These groups use Libya as a safe-haven

These groups use Libya as a safe-haven, establishing training camps for new recruits. North African and Western would-be jihadists travelling to Syria to join the fight against the Assad regime begin their journey in training camps situated in Libya’s central and eastern regions. AQIM’s modus operandi in Libya remains largely unclear but its activities in the country follow an all too familiar strategy adopted since the early 2000’s, which consists of identifying and occupying spaces beyond the reach or control of central governments. AQIM’s ability to infiltrate, fund and persuade armed groups with an Islamic agenda should not be understated. In Mali, the group was able to hijack the Tuareg rebellion through a loose coalition with other local jihadi groups to create a short-lived Islamic state in the country’s Northern Azawad region.

AQIM was then able to coerce, entice and even recruit former rebel leaders and youth through well-calculated alliances (e.g. marrying into the local population) and through the creation of criminal trafficking networks from which the local population benefited. Similar tactics are being applied in Libya. Ansar Al-Sharia cleans the streets of Benghazi and conducts social work to further enhance its standing with the local population and discredit the central government.

German media sources reported a three-day summit organised by Ansar Al-Sharia in September in the city of Benghazi between AQIM-affiliated jihadi groups from the entire region to coordinate new strategies in Libya, Tunisia and in Syria. The meeting was reportedly attended by Tunisia’s fugitive terrorist leader Abu Iyadh, who was allegedly arrested in Misrata this past week (although much confusion still surrounds this announcement). In the final weeks of December, a suicide bomber detonated a truck filled with explosives at a security checkpoint near Benghazi, killing several people. This first suicide attack signalled a clear and very worrying shift in tactics.

WHAT ARE THE SOLUTIONS?

The overall assessment that the militias should disband must be translated into a strong, holistic and effective policy framework. Prime Minister Ali Zeidan has repeatedly called on foreign powers to assist his government to help curb the proliferation of weapons and militias in Libya. Answering his call and assisting the government in a process of disarming, demobilising and reintegrating (DDR) the militias into legitimate government security forces is the condicio sina qua non to stabilising the country.

The policy of “buying peace,” which has been applied thus far, won’t work, if anything, it has only made matters worse by emboldening some of the militia groups. On the other hand, a full-on military confrontation could spell disaster for Libya. A forceful attempt to put an end to militia rule in some parts of the country would almost certainly lead to all-out militia backlash and even greater bloodshed.

This incentives-based approach will ultimately pay off by strengthening loyalty within army ranks and by attracting battle-hardened soldiers away from the militias. Finally, a politically inclusive national reconciliation process should be launched to address some of the legitimate political and socio-economic grievances held by some of the militias. The issue of what to do with Gaddafi-era officials should be one of the main items up for discussion in this process.

Regional powers like Algeria also have their part to play

But the current government won’t be able to address these challenges alone. International partners, including the US, UK and Turkey have already agreed to help train Libyan security forces. But their input should not end there. They should press Libyan authorities towards greater ownership and transparency in implementing these changes. It won’t be easy. The militia integration takes time and will require constant monitoring and pressure from the international community and local civil society actors.

Regional powers like Algeria also have their part to play. On a recent visit to Libya, Algeria’s Prime Minister Abdelmallek Sellal and Algerian military commanders provided their Libyan counterparts with much-needed aerial surveillance maps highlighting militia movement at the Algeria-Libyan border. This logistical aid follows a similar type of cooperation currently underway between Algeria and neighbouring Tunisia. In a volatile regional security climate, coordination between Maghreb countries at the intelligence level will no doubt intensify in the coming months.

Libya remains – for the most part – a country that is favourable to the West as a result of its decisive intervention during the revolution. To step away from the task of rebuilding Libya’s security forces would be conceding vital space to terrorist groups operating throughout the Sahel and North Africa. Helping to secure Libya, by finally addressing the “militia problem” in a coherent and forthright manner, would allow Libyans to finally focus on building the democratic institutions they deserve.

Imad Mesdoua is a political analyst specialising in the Middle East and North Africa. He has previously worked as a freelance journalist and as a political consultant, advising political officials and international organisations. He regularly provides on-air analysis as a guest commentator for the BBC, Al Jazeera and France 24.

Mirrored with permission from Your Middle East
———