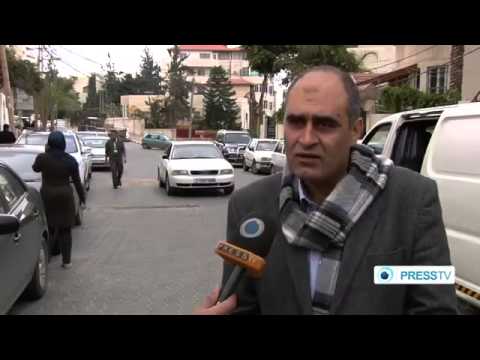 (Jerusalem) – Human rights abuses by Israel and by Palestinian security forces in the West Bank grew during 2013, Human Rights Watch said today in its World Report 2014.

In the 667-page report, Human Rights Watch reviews human rights practices in more than 90 countries. Syria’s widespread killings of civilians elicited horror but few steps by world leaders to stop it, Human Rights Watch said. A reinvigorated doctrine of “responsibility to protect” seems to have prevented some mass atrocities in Africa. Majorities in power in Egypt and other countries have suppressed dissent and minority rights. And Edward Snowden’s revelations about US surveillance programs reverberated around the globe.

The Palestinian leadership could have sought to discourage further violations during 2013 by joining human rights treaties and seeking the jurisdiction of the International Criminal Court. But, under pressure from Israel, the United States, and even ICC member states such as the United Kingdom, it did not.

Israeli forces killed at least three Palestinian civilians in the Gaza Strip and 26 civilians in the West Bank – up from nine in the West Bank in 2012, though fewer than 100 civilians killed in Gaza the previous year – while Palestinians killed three Israeli civilians, Israeli rights groups and the United Nations reported. In six of the eight killings in the West Bank that Human Rights Watch investigated, no evidence available or presented by the Israeli authorities suggested those killed were posing any form of immediate threat to life; the other two cases may have involved the unlawful use of lethal force. The fatalities included two boys, whom soldiers shot in the back, and an employee of the United Nations Relief and Works Agency for Palestine, shot as he was walking to work.

Hamas authorities executed three Palestinians in Gaza, after trials but including a man convicted of a crime he allegedly committed when he was a child and who said security officials had tortured him. Israeli authorities’ home demolitions in the West Bank displaced more than 1,100 Palestinians, up from 886 in 2012. Israel started building 2,159 settlement housing units in the first three quarters of 2013, not including in East Jerusalem, almost double the total of 1,122 in all of 2012, in violation of international law. In Israel’s Negev desert, security forces demolished more than 212 homes of Bedouin citizens under discriminatory laws, and required Bedouin homeowners to demolish another 187 under threat of heavy fines.

One positive development in 2013 was the European Union’s decision to prevent its funding to Israel under its Horizon 2020 programme from benefiting settlements. The funding is expected to amount to hundreds of millions of euros from 2014 through 2020.