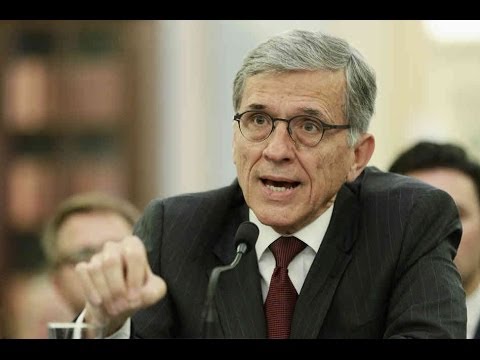 A Washington D.C. federal panel has struck down the Federal Communication Commission position on net neutrality, threatening the corporatization of the internet.

The reason readers of Informed Comment can reach it as quickly and conveniently as they can reach a multi-billion dollar corporate web site is the principle of internet neutrality, built into the system by Tim Berners-Lee and other architects of the World Wide Web, which went live in 1991.

Large private corporations that have been allowed to build out the pipes through which internet traffic flows have long wanted to introduce a different system, of net metering. In essence, if a corporation paid the internet provider a million dollars a year, readers could get to that site immediately. But for a site like Informed Comment without those sorts of bucks, service would be deliberately slowed and readers would have to wait a minute or two for the site to load. Studies have showed that most people won’t wait that way. So the entire independent cybersphere would be made invisible and more or less swept away.

A similar thing happened to radio, which was a grassroots medium at the beginning and then was corporatized with government help.

While Tuesday’s ruling is not the final word, since the FCC will have an opportunity to try to reformulate its position, and the ruling can be appealed, I have a bad feeling about this.

I am hoping that Barack Obama knows that he got elected in 2008 in part because of the free internet. I am hoping he knows that Fox Cable News could be the future of information if corrupt billionaires like Rupert Murdoch (whose companies have been implicated in spying on large numbers of peoples’ telephone answering machines) are allowed to buy the internet after they already bought the people’s airwaves. I am hoping that working people and the middle classes know that there are corporations that would buy and sell them if they could (some 2000 large corporations account for half of the US GDP of about $16 trillion annually, or $8 trillion). I hope environmentalists understand that the Koch brothers’ disinformation campaign about climate change, the most serious issue facing humankind, would become a cake walk if they could just pay for the fast-loading sites and refuse to let scientific information appear on them, with science breakthroughs being relegated to pitiful five-minute waits on university youtube channels.

An era could be coming to an end.

Cenk Uygur of The Young Turks reports, “Why This Ruling On Net Neutrality Is A Disaster”