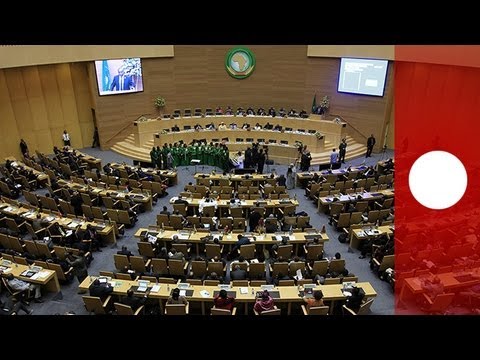 It is shameful that Vice President Joe Biden should be attending the funeral of Ariel Sharon today, given that the former Israeli prime minister was clearly guilty of a host of war crimes. Much Mideast instability must be laid at his feet. Since a pattern of war crimes comes to equate to crimes against humanity, it is possible that had he been tried, it is the latter charge that would have been considered appropriate.

He was also “controversial” as the US press is calling Sharon (“controversial” is apparently code for “committed war crimes.”) He also fought for his country as he understood it (i.e. for Afrikaner interests, as Sharon championed those of Israeli Jews). Botha ordered cross-border military actions in Angola and elsewhere, fighting the “terrorism” of African liberation movements. He kept Nelson Mandela imprisoned as a communist and a terrorist. Botha opposed black majority rule and championed all white townships, just as Sharon promoted Jewish-only colonies in the Palestinian West Bank.

The question is why Sharon still receives international honors when many other leaders guilty of similar violations of international law have been shunned or even indicted at the International Criminal Court.

An Ethiopian leader, for instance, accused the International Criminal Court in the Hague of being on an “African safari,” maintaining that 99% of the leaders indicted for war crimes by the ICC have been from Africa.

President Obama did not visit Kenya on his trip to Africa precisely because President Uhuru Kenyatta has been indicted at the ICC.

The Rome Statute establishing the International Criminal Court came into force in 2002. The ICC has its seat at the Hague in the Netherlands, but can meet anywhere. Some 122 countries have become party to the court.

Conspicuously, the United States, Israel and the Sudan are among the few countries to simply blow the Rome Statute off altogether, announcing that they won’t be party to the ICC. Since the court can indict and convict on war crimes, it seems clear that refusal to join it is a sign of intent to commit them and a desire for impunity.

The ICC cannot take for the most part take up the case of a leader whose country has not signed and ratified the statute. The only mechanism whereby the court can intervene in non-signatory states is if the United Nations Security Council forwards the individual to the ICC. That is what was done in the case of Muammar Gaddafi of Libya.

Syria, for instance, is not a signatory. Its leader, Bashar al-Assad, is guilty of so many war crimes that he certainly could be convicted of crimes against humanity if he were tried. But the UNSC cannot forward his case to the ICC because Russia and China veto any such step.

Ariel Sharon, as I said above, could also have been so convicted. But just as Russia and China run interference for al-Assad, so the United States would never have allowed the UNSC to forward Sharon’s case to the ICC. Indeed, that goes for any Israeli leader guilty of war crimes.

So the usual hasbara propaganda talking point, that Israel is being held to a higher standard than “the Arabs” does not apply here. It is the opposite. Gaddafi was sent to the ICC but Sharon was not. My guess is that Sharon was responsible for more wrongful deaths than was Gaddafi.

Some courts in some countries have occasionally claimed universal jurisdiction. For a while in the 1990s and early zeroes Belgium had such a law. It was repealed in 2003 because the legislature perceived it as roiling Belgian diplomacy. During the period when it was in effect, the law was deployed against Chadian dictator Hissene Habre and against Ariel Sharon. The Sharon case was quashed by the International Court of justice, which ruled that former high leaders cannot be tried by courts of another country. They can only be tried by the ICC itself or by courts in their own country. A Belgian appeals court concurred. In contrast, Habre, whose case continued after the repeal of universal jurisdiction, was convicted. He is under house arrest in Senegal and Belgium has repeatedly sought his extradition.

So why was the Sharon case quashed in Belgium but the Habre case resulted in a conviction? Why was Gaddafi indicted by the ICC but Sharon could not be?

Many African intellectuals have been disturbed by the apparent bias toward prosecuting African leaders for war crimes in international fora, whereas leaders guilty of similar crimes (we are not talking necessarily magnitude) in other parts of the world have skated.

Ariel Sharon would appear to be exhibit A for the justice of their case. There is a clear double standard (which however is also visible with regard to al-Assad).

In the end, however, the issue at the UNSC doesn’t seem to be race, as the African critics sometimes suggest. (Whether race played a role in the different outcomes of the Habre and Sharon cases in Belgium I do not know.) It is rather a matter of whether a country is perceived as geopolitically useful by the UNSC victors of WW II. Syria is useful for Russia and China, Israel for the US.

It is worth noting that during the Iran-Iraq War, the US also protected Saddam Hussein of Iraq from any UNSC inquiry into his use of chemical weapons at the front with Iran. The Reagan administration wanted the Iran of the anti-American Ayatollah Khomeini contained, and Saddam was being useful in that endeavor. Chemical weapons use was secondary.

Presumably if some Black Africa country emerged as important for American military and political power, Washington would run interference for its leader, too.

What should be clear is that the world cannot afford these double standards, either for Israel or for Syria. If we are to emerge from the jungle, we must have a rule of law in international affairs as well as domestically. Impunity for war criminals only encourages war crimes.