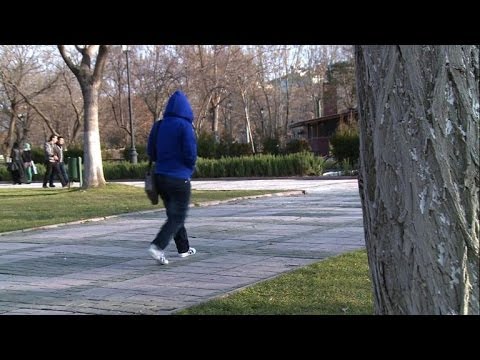 A new report by three respected jurists argues that photographic evidence provided by a defector from the Syrian police proves systematic torture and summary execution of thousands of prisoners by the Baath regime headed by Bashar al-Assad. Ian Black at the Guardian broke the story .

The authors of the report write,

“The inquiry team was mandated to determine the credibility of a defector from Syria whose occupation prior to his defection was in the service of the military police of the Syrian government . . . in that role it fell to him to photograph scenes of crimes. With the onset of the civil war the nature of his occupation changed. His duties, and those of his colleagues, now were to photograph and document the bodies of those brought from their places of detention to a military hospital.

The bodies he photographed since the civil war began, showed signs of starvation, brutal beatings, strangulation, and other forms of torture and killing. The defector who was codenamed “Caesar” by the inquiry team had, during the course of his work, smuggled out some tens of thousands of images of corpses so photographed by his colleagues and himself.

“Caesar” did not see the torture or executions himself, but photographed the bodies afterward. The report explains, “The reason for photographing executed persons was twofold: First to permit a death certificate to be produced without families requiring to see the body thereby avoiding the authorities having to give a truthful account of their deaths; second to confirm that orders to execute individuals had been carried out.”

That is to say, the Baath officials who ordered these 11,000 executions of prisoners of war were afraid that prison guards would take bribes to release the prisoners and just report them dead. The photographs were to prove to their superiors that they had actually followed through and polished the prisoner off. They were an anti-fraud measure.

The authors find that this bureaucratic rationale for the photographing, and the sophisticated numbering system used to keep track of the bodies, are strong evidence on the face of it that the regime ordered the deaths. Likewise, the assembly-line character of the photography work, with 50 bodies a day recorded, points to a systematic regime practice.

They write, “In the view of the inquiry team the need to photograph those who were killed is a strong pointer to the fact that the killings were systematic, ordered, and directed from above.”

Many of the bodies showed signs of external frontal trauma. The photographs do not show internal injuries or injuries to the back of the body. They weren’t autopsy or forensic photos. They were just proof of death for the banal evil bureaucracy.

“The procedure was that when detainees were killed at their places of detention their bodies would be taken to a military hospital to which he would be sent with a doctor and a member of the judiciary, “Caesar’s” function being to photograph the corpses. He informed the inquiry team that there could be as many as fifty (50) bodies a day to photograph which required fifteen to thirty minutes of work per corpse.”

The regime appears to have denied nutrition to many of the prisoners, who were skin and bones by the time they were executed, and their emaciated corpses often show signs of torture as well:

“These photographs also included those who appeared to have been starved to death, some with signs of torture prior to death. Indeed, there were marks of beatings and burns even upon those emaciated bodies. In some cases the bodies had no eyes.”

They scrutinized in detail over 800 of the bodies photographed. Most were men between the ages of 20 and 40. Nearly half, or 42%, were emaciated. Clear signs of inflicted trauma were visible on 1/5 of the bodies. Equivocal signs of trauma were present in another third of cases.
Although many had rope marks around the neck, they weren’t hanged but rather the kind of ligature marks present indicate that they were strangled. The authors think it possible that the strangulation began as part of the interrogation, as a form of torture.

A significant minority had been bound hand and foot with ligature marks showing on wrists, and beaten with rods.

Their youth made it highly unlikely that any of these symptoms or indeed their deaths were natural.

It should also be admitted that the rebel forces have also been guilty of torture, summary executions and ethnic cleansing of minorities. Given their limited resources, however, it is unlikely that they have committed such crimes on the same scale as the Baath regime, which has a long-standing bureaucracy that was clearly mobilized for the mass killings.

It seems clear that President Bashar al-Assad and other high officials of the Baath regime in Syria ought to be charged with war crimes or perhaps more, crimes against humanity (given the apparent systematicity of these abuses). Unfortunately the International Criminal Court only has jurisdiction over countries that have signed the Rome Statute (Syria has not). The only other way for the court to intervene is if the UN Security Council forwards a case to it, as happened with Muammar and Saif Gaddafi in Libya. So far Russia appears determined to run interference for the regime. One can only hope that this extensive proof of organized mass torture and summary execution will give Russia and Iran pause in their effort to ensure Bashar remains in power. If you back to the hilt a war criminal, some of the crime sticks to you.

AFP reports on “Torture in Syria”