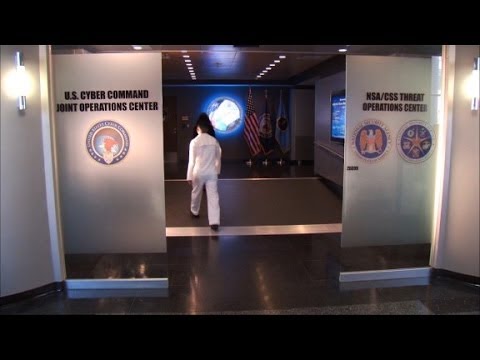 An in-depth analysis of 227 individuals recruited by al Qaida or like-minded groups, and charged in the U.S. with an act of terrorism since 9/11, shows the contribution of NSA’s bulk surveillance programs to these cases was minimal, and that traditional investigative methods were more helpful."Overblown." "Even Misleading."

That's a how a new analysis and report characterizes the claims made by the Obama administration and other government officials about the role of National Security Agency "bulk" surveillance programs on preventing potential terrorists attacks in the post 9/11 era.

Though the White House, NSA officials, and various lawmakers have repeated the claims that as many as 54 separate acts of terrorism were prevented due to the vast array of data-mining surveillance programs employed, New American Foundation report—which asks the question, Do NSA's Bulk Surveillance Programs Stop Terrorism?—found that of the 225 individuals charged as al-Qaeda affiliated or inspired for acts, or potential acts, of terrorism since 9/11 only a small fraction of those cases stemmed from information made possible by NSA surveillance.

According to the report's authors:

Surveillance of American phone metadata has had no discernible impact on preventing acts of terrorism and only the most marginal of impacts on preventing terrorist-related activity, such as fundraising for a terrorist group. Furthermore, our examination of the role of the database of U.S. citizens’ telephone metadata in the single plot the government uses to justify the importance of the program – that of Basaaly Moalin, a San Diego cabdriver who in 2007 and 2008 provided $8,500 to al-Shabaab, al-Qaeda’s affiliate in Somalia – calls into question the necessity of the Section 215 bulk collection program. According to the government, the database of American phone metadata allows intelligence authorities to quickly circumvent the traditional burden of proof associated with criminal warrants, thus allowing them to “connect the dots” faster and prevent future 9/11-scale attacks. Yet in the Moalin case, after using the NSA’s phone database to link a number in Somalia to Moalin, the FBI waited two months to begin an investigation and wiretap his phone. Although it’s unclear why there was a delay between the NSA tip and the FBI wiretapping, court documents show there was a two-month period in which the FBI was not monitoring Moalin’s calls, despite official statements that the bureau had Moalin’s phone number and had identified him. This undercuts the government’s theory that the database of Americans’ telephone metadata is necessary to expedite the investigative process, since it clearly didn’t expedite the process in the single case the government uses to extol its virtues.

As the Washington Post reports, the NAF analysis study "comes as President Obama is deliberating over the future of the NSA’s bulk collection program. Since it was disclosed in June, the program has prompted intense debate over its legality, utility and privacy impact."

Responding to the findings of the analysis, journalist Glenn Greenwald, who has done much of the reporting on NSA surveillance and the leaks provided by whistleblower Edward Snowden, tweeted:

1) US officials scream "terrorism!" to justify their actions; 2) US media uncritically repeats it; 3) claim is disproven; 4) process repeats

In their final assessment, Monday's report says "the overall problem for U.S. counterterrorism officials is not that they need vaster amounts of information from the bulk surveillance programs, but that they don’t sufficiently understand or widely share the information they already possess."

CNN reports on the NAF finding that surveillance hasn’t helped with terrorism investigations: