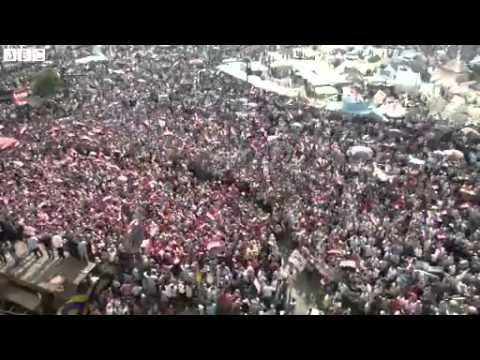 On Sunday, Tunisia’s parliament will vote on the final text of the new constitution. If it passes by a two-thirds vote, the text will not have to go to a national referendum, but just would become the organic law of the country. The constitution guarantees equal rights for women and wants gender equity in elections, and does not explicitly mandate Islamic law or sharia.

Tunisia’ parliament is 42% religious Right and the rest secular and ideological. The religious right (al-Nahda or the Renaissance Party) had the prime ministership but the speaker of parliament is a leftist and the president is a secular liberal.

Tunisia’s transition to democracy often has been troubled. Two horrific assassinations marred the process in 2013, with prominent leftists shot down. But the Tunisian political class dealt with those crises about as well as one could hope. The youth reassembled and demanded that the ruling al-Nahda or Renaissance prime minister step down. Organized labor stepped in as well. A compromise was hammered out– once the constitution is approved, Renaissance PM Larayyedh would step down in favor of a technocrat. The interim government will guide the country to further elections and referendums.

In contrast, Egypt has been a roller coaster ride. It had 7 elections and referendums, but none of its high officials today has been elected to anything. The parliament elected in late fall of 2011, top-heavy with Muslim fundamentalists, was struck down for electoral fraud in June of 2012. The president elected in June 2012 was deposed by a military coup on July 3 of 2013. It has had two new constitutions, neither crafted democratically. In Egypt, the fundamentalists who were in power 2012-13 cracked down on the April 6 youth movement. In fall of 2013, the government appointed by Gen. al-Sisi, finished the new constitution, and it was put to a vote in this month’s referendum.

What explains the different outcomes?

1. The army stayed above the fray in Tunisia. In Egypt it repeatedly intervened, helping destabilize the country. The government Egypt has today, 3 years after the Tahrir revolution, was simply appointed by the officer corps, though further elections are promised.

2. The religious Right in Tunisia was cautious. Disciplined by neighboring Algeria’s decade-long civil war, al-Nahda avoided deeply polarizing moves. It gave up on putting sharia or Islamic law in the constitution. It allowed a middle class pushback against inroads against women’s rights. It agreed to step down in favor of a technocrat after last summer’s assassination.

3. The national labor union, the UGTT (General Union of Tunisian Workers) is relatively independent and powerful in Tunisia. It could thus lobby the government and step in as mediators in fall of 2013. Egypt’s labor unions are neither so independent nor so powerful.

4. The secularists in Tunisia did not demand a ban on the al-Nahda religious government. Those in Egypt did. Egypt’s attempt to exclude the Muslim Brotherhood altogether from social and political power has caused constant demonstrations.

5. Tunisia’s economy improved slightly. After a difficult 2011 and 2012, in 2013 Tunisia’s economy grew 2.3 percent. Egypt has continued to suffer economic contraction, with tourism 40% off in 2013 between the Brotherhood’s policies and those of the junta.

Muslim religious and political thinker Rashid al-Ghanoushi said in Tunis on Saturday that once the parliament approves the constitution on Sunday, Tunisia will be on its way to being the first Arab democracy. (He may be overly hasty in discounting Lebanon.) Egypt in contrast is on its way to being the 16th military dictatorship in the history of the Arab League.