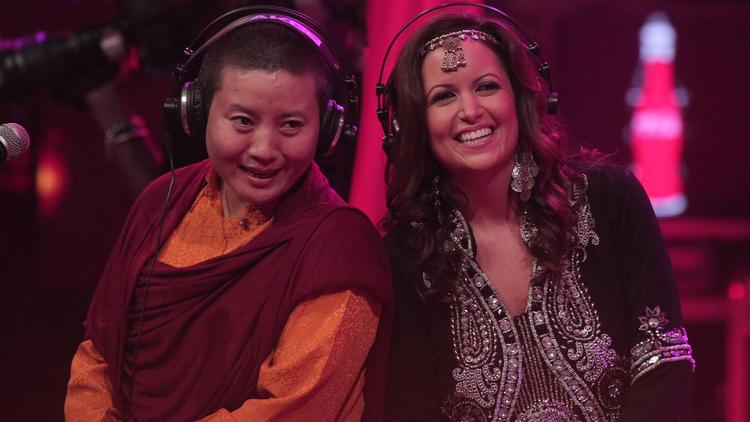 Giving a whole new spin to the term ‘world music’ — A.R.Rahman spins his magic on an absolute scorcher, featuring Jordanian singer –Farah Siraj along with Nepalese Buddhist Nun Ani Choying. With the traditional Nepalese Buddhist hymn forming the base of the song, layered with a traditional Jordanian melody, and bridged seamlessly with composition written by A.R.Rahman, this song truly brings together diverse cultures and musical genres. Everything from the background vocals to Sivamani’s percussion takes a big leap across musical styles and creates a storm of inspired rhythms, to give this track that extra flavour. Completely based around the theme of motherhood, compassion & ultimately happiness, this is the very first track of what promises to be an unforgettable Season 3 of CS@MTV!