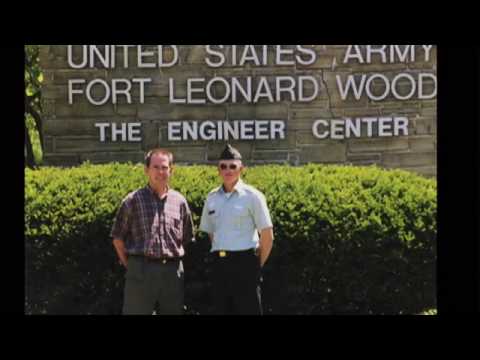 In 2013, an unprecedented diplomatic breakthrough happened when the United States and Iran, along with other world powers, reached an interim agreement to lift sanctions over a long-standing dispute regarding Iran’s nuclear program. Not content with allowing for peace, on December 19th New Jersey Senator Menendez (D) and Senator Kirk (R), supported by the American-Israel Public Affairs Committee (AIPAC), introduced Senate Bill 1881 in an attempt to derail peace negotiations and set the stage for potential war with Iran. Despite successful negotiations, the bill called for more sanctions and for the United States to support Israel militarily in the event they decided to take military action on the country.

Press slowly began to circulate on the left about AIPAC efforts, raising questions about what kind of stand the anti-war left is taking on Iran. By late December the bi-partisan bill had gained 26 sponsors.

Upset by Senator Mark Kirk’s chief sponsorship and by the prospects of another potential war, members of Iraq Veterans Against the War-Chicago sprung into action. “It’s important to lead by example, to step up to the occasion and the threat of war,” said Navy Veteran and IVAW member Michael Applegate. “Our organization is about stopping war.”

In the midst of the holiday lull, 48 hours' notice, and a climate change polar vortex winter, IVAW Chicago was able to turn out two dozen protesters to a frozen New Year’s Day picket at Senator Kirk’s office with the message of “Don’t Ruin the New Year with War on Iran.”

“We wanted to tell the people in government we don’t want this bill” said Iraq Veteran and IVAW member Greg Broseus. “This bill was a way to spit on the face of the diplomatic solution and peace."

Empowered by the response to the action, IVAW followed the New Years Eve action with a statewide call-in day to the Senator and formed an ad hoc “No War on Iran-Chicago Coalition.” Despite the effort by the veterans and other peace groups, things looked dire by the second week of the New Year, when the bill grew to 59 Senate supporters. In response to the bill’s growing momentum, the coalition called for another antiwar Demonstration for February first.

Then fortunes started to change.  On January 14th, the National Iranian American Council, along with 71 other groups, released a public letter denouncing the bill and asking the Senate to give peace a chance. Various groups began organizing call-in and lobby days. According to sources, some Senate offices received hundreds of calls against the bill with only a couple of calls in support. The push culminated with Obama’s State of the Union address when the President himself brought the issue to national attention as he vowed to veto the bill.

On February first — another cold and this time snowy Chicago day — the newly formed No War or Sanctions on Iran coalition mobilized over 60 peace activist to the streets. The group marched to Chicago’s Vietnam Veterans Memorial where Veterans of Vietnam, Iraq and Afghanistan gave speeches against the sanctions and the new threat of war. At the solemn memorial, Vietnam Veteran and Vietnam Veterans Against the War (VVAW) member Barry Romo, spoke on the human cost of war. “As you look at the Wall of the names of hundreds who died, think of the names that won’t be there. People who died of Agent Orange, people who killed themselves with drugs, people who drank their lives away.”

As he said these solemn words I reflected on the human cost of war and the war weariness of the country. I think of those passed from my own community — IVAW Chicago members Anthony Wagner and Joshua Casteel — who died from the Iraq war, not in country, but from the same brutal aftermath Vietnam Veterans endured with PTSD, moral injury, and environmental poisoning.

As well-funded lobby groups, super PACs, and defense contractors beat the war drums, it’s important for the American public to honor and remember courageous men like Wagner and Casteel. Casteel — who was an eloquent Conscientious Objector, and Wagner — who was arrested as part of the Occupy movement and who took political action until his untimely death.

The example of Syria and now Iran show the American public clearly wants a new way forward. This sentiment is the result of the millions who opposed war the last decade but also by the very real human cost our country and communities have endured.

On February 6th AIPAC itself backed off its own bill signaling defeat for the lobby and another significant victory for the peace movement. As the peace movement moves forward we must be broad in our vision in working to demilitarize a society and government that spends nearly half its national budget on military spending. We must also make the connection of this enormous military spending to cuts to pensions, food stamps, unemployment, mental health services and other vital human need services—programs the American public desperately needs in the midst of the worst economic situation since the Great Depression. In spite of this need, our politicians prioritize an expansive military industrial complex that has hundreds of military bases throughout the world.  Priorities have to change.

Iran has the right to Nuclear Energy, but in the aftermath of the environmental disaster of Fukushima, we need to also work with the world community in dismantling dangerous nuclear energy as well as nuclear weapons. We must be a peace movement that calls for the demilitarization of all world powers and that works to ensure all of the world’s populace be allowed to live decently and with dignity.