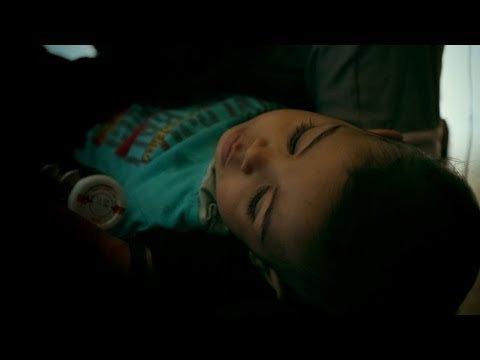 BEIRUT, 25 February 2014 – A UNICEF-led joint nutrition assessment on the situation of Syrian refugees in Lebanon was launched today, revealing malnutrition as a silent, emerging threat.

UNICEF, in partnership with Lebanon’s Ministry of Public Health (MoPH), the UN Refugee Agency UNHCR, the World Health Organization (WHO), the World Food Programme (WFP), and the International Orthodox Christian Charities (IOCC), conducted the assessment in October and November 2013.

“UNICEF and its partners are concerned about the deterioration in the nutrition status of Syrian refugees in Lebanon,” said UNICEF Representative Annamaria Laurini. “Malnutrition is a new, silent threat among refugees in Lebanon, linked to poor hygiene, unsafe drinking water, diseases, lack of immunization, and improper feeding practices of young children.”

In the Bekaa and the North of Lebanon, the prevalence of severe acute malnutrition almost doubled in 2013, compared to 2012.

Across the country, almost 2,000 Syrian refugee children under-five years of age are at risk of dying and need immediate treatment to survive. Over half of children suffering from severe acute malnutrition are in the Bekaa, in eastern Lebanon, where most of the makeshift camps are and access to safe water, hygiene and sanitation is a challenge.

The nutrition situation among refugees in Lebanon could deteriorate rapidly due to aggravating factors, such as the increase in food prices, risk of food insecurity, increasing numbers and new arrivals of refugees from Syria that could be in worse condition.

“Children under-five that are living in harsh conditions in tented settlements are especially vulnerable to malnutrition,” said UNICEF Lebanon Chief of Health and Nutrition Zeroual Azzeddine. “UNICEF is working with the Ministry of Public Health and other actors to take urgent measures, but more is needed to improve the management of acute malnutrition, especially in the Bekaa and the North of Lebanon.”

Recommendations of the report highlight integrated efforts with the Ministry of Public Health and other partners to build capacity and mobilize health workers, monitor the situation, detect malnourished children, provide treatment, and prevent further cases of malnourished children and women. This involves screening children and women, treating acute malnutrition through supplementary and therapeutic feeding programs, and raising awareness around appropriate infant and young child feeding practices, as well as prevention of micronutrient deficiencies.

The 2013 assessment examined the nutrition status of Syrian refugee children under five years of age, as well as women between 15 and 49 years old across Lebanon. The report also investigated the prevalence of anaemia, infant and young child feeding practices, child morbidity due to diarrhea, cough and fever, as well as access to health services and improved water, sanitation and hygiene facilities.

About UNICEF
UNICEF promotes the rights and wellbeing of every child, in everything we do. Together with our partners, we work in 190 countries and territories to translate that commitment into practical action, focusing special effort on reaching the most vulnerable and excluded children, to the benefit of all children, everywhere. For more information about UNICEF and its work please visit http://www.unicef.org/.

Americans can donate to the UNICEF fund for Syrian Children here.
—-

ITN reports, “Angelina Jolie speaks of her hope for Syrian refugees during trip to Lebanon”