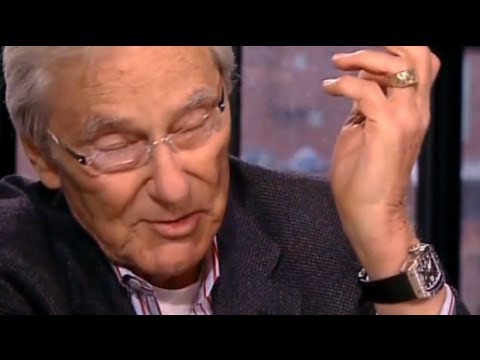 Protesters calling for higher wages for fast-food workers stand outside a McDonald’s restaurant in Oakland, California December 5, 2013 (Photo: Reuters)The Tom Perkins “billionaires-as-victims” charade couldn’t be more surreal. It goes without saying that his comparing the 1% to victims of Hitler’s genocide is tasteless. That it is oblivious is obvious. And that Perkins himself suffers from paranoid delusions must be suspected.

But there are deeper reasons for plumbing the pathology of Perkins’ rant. As background, let’s recall some basic facts.

Over the past 30-odd years, since Reagan, a vast share of the nation’s income and wealth has been transferred from the poor, working, and middle classes to the very wealthy. Twenty five years ago, the top 1% of income earners pulled in 12% of the nation’s income, today they get twice that, 25%. And the rate of transfer is accelerating.

Since the late 1970s, labor productivity in the U.S. has risen 259%. If the fruits of that productivity had been distributed according to the capitalist ideal that a person gets what he produces, the average person’s income would be more than double what it is today. The reality?

Median male compensation, adjusted for inflation, is lower today than it was in 1975, a full generation ago. A staggering 40% of all Americans now make less than the 1968 minimum wage. It’s the exact opposite of the cultural myth of shared prosperity and opportunity for all.
The rich are getting richer, and everyone else is getting poorer. That is not an ideological statement. It is an empirical one. Perkins believes that simply discussing such facts cannot be allowed. The rich may only be addressed in terms that signal deification.

But underlying Perkins’ tirade is a conviction that the super-rich have earned everything they’ve gotten and so are beyond reproach. Have they?

An enormous amount of the gains by the super-rich have flowed to those in the finance industry. But much of that has been the result of naked fraud and outright criminality, for example in the mortgage, mortgage securities, and derivatives markets. The simple fact of banks being “too big to fail” (an immunity to failure underwritten by the government) is worth tens of billions of dollars a year. And do we even need mention the trillions of dollars of bailouts lavished on the banks, even as millions of mortgage holders were losing their homes?

The banks have learned how to pillage the public and plunder the public purse by paying a periodic “licensing fee” in the form of a nominal fine with no admission of guilt, even as tens of millions of global victims are denuded of income and wealth.

This is hardly the John Galt/Atlas Shrugged model of rugged economic individualism that Perkins fantasizes. It is a cancerous corruption of markets, achieved by equally cancerous capture of political and regulatory systems. It is so brazen and uncontested it’s become normal. Perkins literally believes it is admirable.

Markets in fossil fuels are equally corrupted, if not more so. Coal and oil companies reap enormous, breathtaking profits, partly by offloading their waste products into the global commons called the atmosphere. As with the banks, it is a massive, trillion-dollar case of privatizing profits while socializing costs.

This is the essential nature of almost all major markets today: the government acts as guarantor of staggering private profits, underwritten at public cost. This is the basis of much of the income and wealth transfers of the past thirty years.

We have WalMart and McDonalds, for example, paying their people so little they are forced onto food stamps. It is a covert subsidy of their costs, borne by the public, and worth hundreds of billions of dollars a year. All hidden in plain view.

Or, remember G.W. Bush’s billion giveaway to the pharmaceutical industry with his Medicare Part D gift. It prohibited the government from negotiating for lower drug prices or from allowing foreign-made competition into the U.S. market. Its value? $600 billion.

The government effectively quit enforcing anti-trust thirty years ago, with the consequence that almost all major markets have become consolidated into just a handful of mega-corporations who agree not to compete on price. Think, for example, of the banking, airline, telecommunications, insurance, weapons, and media industries. They are massive oligopolies, extracting all value from their captive customers.

It is through such structuring of industries, stripping of regulations, provision of subsidies and guarantees, favorable tax treatments, and a thousand other insider artifices that the U.S. economy has become a mechanism for sluicing the nation’s income and wealth to those who are already the most wealthy, like Tom Perkins.

The consequence is that the U.S. has become the most unequal economy in the developed world, and with less upward mobility than any other industrialized country. Another consequence is the devastation of democracy, as pharaoic wealth is channeled into buying politicians, judges, regulators and all other gatekeepers of the public trust. Inequality and plutocracy then become an irreversible problem.

Perkins’ delusions of persecution might be tolerable were they rooted in some reality about the source of the 1%’s income and wealth. They are not. We must guard against letting his narcissistic delusions become anyone else’s cognitive map for how to deal with the problem.

This work is licensed under a Creative Commons Attribution-Share Alike 3.0 License.
Robert Freeman

Robert Freeman is the author of The Best One-Hour History series which includes World War I and The Vietnam War. He is the founder of the national non-profit One Dollar For Life which helps American students build schools in the developing world from their contributions of one dollar.

Cenk Uygur of The Young Turks: “Rich Asshole Tries To Apologize And Makes Things Much Worse”