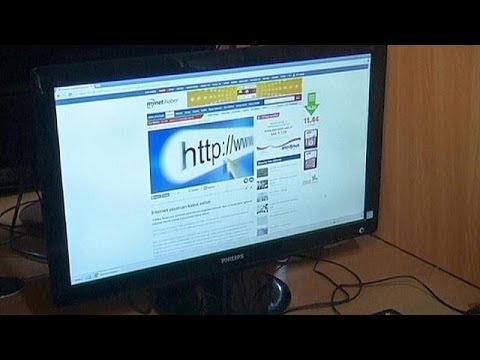 Most observers agree that Turkey’s ruling Justice and Development Party (AKP) has mishandled the current political crisis. The AKP, led by Prime Minister Recep Tayyip Erdoğan, once aspired to civil society and pluralism, but has recently embraced a strain of single-party authoritarianism. The government has sought increased control over the judiciary and the media; exacting a high price in terms of domestic politics (freedom of expression), foreign policy (Turkey’s regional leadership role), and economic growth (a mainstay of the AKP platform). In the process the “Turkish model” — a successful mix of democracy, market capitalism and Islamic conservativism — has been endangered through the rising tyranny of the AKP’s parliamentary majority.

Some liken Turkish politics to a melodrama; major internal tensions have unfolded in the run up to municipal elections (Mar. 30, 2014), the first-ever presidential election by popular vote (August 2014) and a general election in June of 2015. But this political theater currently playing out also threatens to do long-term damage to Turkey’s regional and global influence.

Obstructions of Justice vs. Freedom of Information

On Dec. 17, 2013 a corruption and bribery investigation linked to the government’s urban renewal projects and patronage networks went public. Dozens of people were arrested on suspicion of corruption, including the sons of three AKP ministers.

Erdoğan, acting swiftly upon his return from Pakistan the following week, had all the police officers involved in executing the corruption case removed or reassigned. He reshuffled his cabinet at the same time as four ministers affiliated with the case resigned. He removed the public prosecutors who had initiated the case, and has since started legal inquiries against them. And the prime minister prevented the execution of a second wave of corruption arrests on Dec. 25, subsequently placing limits on the authority of the judiciary so it would no longer be able to execute such cases.

Observers agree that the independence of the judiciary has now been compromised and the separation of powers has been upset. The corruption investigation has since been obscured in a political storm of words and ideological grandstanding that, often intentionally, blurs the line between fact and fiction.

Meanwhile, alleged evidence against Erdoğan has appeared on social media through the handle “Haramzadeler.” “Haramzadeler,” through various social media accounts (the identity of the person or group behind it is unknown), is leaking what appears to be incriminating evidence of Erdoğan’s involvement in high-level corruption, and has been repeatedly suspended, some claim by a designated AKP social media watchdog team created in the wake of the Gezi protests last summer. Each time it’s blocked, “Haramzadeler” reopens under similar names on Twitter, Vimeo, YouTube, Scribd, WordPress, SoundCloud and Weebly. (A currently active “Haramzadeler” Twitter account is https://twitter.com/HARAMZADELER333 .)

The “Parallel State” and the “Deep State”

While the recently appointed pro-AKP Justice Minister stalls and dismantles the corruption and bribery investigation, Erdoğan has identified the influential Gülen movement, once an ally, as a “parallel state” that needs to be purged and abolished. The AKP and the Gülenists, in a series of trials between 2008 and 2013, worked together to successfully try members of the Turkish top brass for their purported involvement in coup attempts; effectively sidelining the military. (Before the trials the military/state alliance was referred to as the “deep state” ­­– an entity beyond the rule of law.)

Though tainted by irregularities, these cases managed to extricate the military from Turkish politics, and were championed by the liberal intelligentsia, the EU and the international community. As a result, the military is no longer a player in Turkish politics in quite the way it had been as late as 2007. This is also why an Egypt-style military coup is not likely to happen in Turkey, contrary to what some have been predicting (See for example this Foreign Affairs piece and Murat Belge article.)

Rather, Egypt today stands as an unpleasant reminder to the AKP of Turkey’s old military-influenced order, which had often targeted “anti-secular” activities and conservative political parties.

In a desperate attempt to remind the public of that old order, that deep state, Erdoğan has spent the last two months, with pro-government dailies supporting him, trying to recast the corruption investigation as a conspiratorial coup attempt by the Gülen movement. This is an ironic plot twist, as the two groups previously worked together to establish a conservative and capitalist Turkish model based on the rule of law and separation of powers — a model embraced by the international community.

On Dec. 21, during one of his regular sohbet dialogues with his followers, Fethullah Gülen, a Turkish Muslim cleric living in Pennsylvania and founder and leader of a transnational faith-based movement focused on education, social welfare, and political influence, veered from his usual message of tolerance, unity and interfaith dialogue to directly address the corruption investigations.

Alluding to the AKP, he called for the wrath of God to befall those who had transgressed the tenets of the faith, modern law and democracy. Also notable, the normally reclusive Gülen was interviewed by the The Wall Street Journal (Jan. 20, 2014) and by BBC TV (Jan. 27, 2014).

Gülen’s increased visibility and comments confirmed a permanent split in the Turkish conservative right between the AKP and Gülen movement. This has resulted in an unexpected outcome: some traditional Turkish secularists and members of the Gülen movement have begun to oppose the AKP from similar perspectives, as is reflected in their respective newspapers, Cumhuriyet and Zaman.

All this indicates a tectonic shift in the Turkish political scene with many aftershocks to come. Turkish President Abdullah Gül, who is seen to be more sympathetic to the Gülen movement, is one of the only members of the government who understands that a Muslim Turkish model that took a decade to create can be compromised in short order by mismanagement. He openly stated this during the Gezi protests in summer 2013: “You can strive for ten years to create an image [of Turkey] but destroy it in one week.”

Presently, Gül, mindful of not taking sides before the upcoming election cycle, has withdrawn from the AKP/Gülen melodrama as factions on all sides have called for his increased involvement. He has also expressed misgivings about a new draconian internet censorship law that would allow further government control over social media, including Twitter. He has openly stated that there are “problems” with this law as well as another law that brings the HSYK (the Supreme Council of Judges and Prosecutors) under AKP party control.

Turkish Isolation from Europe and the Middle East

Other aspects of the Turkish model have faltered. Turkey has made little or no progress in its Middle East foreign policy. Once pro-Assad, its support of the Sunni opposition in the ongoing Syrian civil war, has not led to a resolution of the conflict, but only an influx of refugees within its borders. The international community is worried about the presence of al-Qaeda linked foreign fighters in Syria, which some see as being inadvertently sponsored by Turkey.

Turkey’s close ties with Iran has also presented a problem. This situation won’t be helped by the revelation of an a Turkish-Iranian “oil-for-gold” program that violates international sanctions. One of the key figures in this scandal is Reza Sarraf, an Iranian businessman who resides in Turkey and who is currently in custody as part of the Dec. 17 corruption investigation.

Additionally, Turkey has long been frustrated with the international community’s response to this summer’s coup in Egypt. The AKP still supports Morsi as the legitimate leader of the country.

Turkey was also involved in an attempted oil and gas deal with Iraqi Kurdistan that bypassed and angered the central government in Baghdad. Finally, Turkey’s own controversial reconciliation process with Kurds in Turkey, through secret negotiations with jailed PKK leader Abdullah Öcalan, has been put on hold until after the municipal elections in March.

Erdoğan had declared 2014 the “year of the EU,” but the corruption scandal has put an end to that. Instead of making strides to enter the EU, Turkey seems to have entered what economists are calling the “Fragile 5” (including Brazil, South Africa, Indonesia and India). These countries are heavily reliant on foreign capital; and thus, the argument goes, they are particularly vulnerable to currency fluctuations, (US) Fed tapering, foreign direct investment, and investor confidence.

The Turkish lira has lost nearly 30% of its value since May 2013. To prevent it from losing more value, the Turkish Central Bank, in a emergency meeting on January 29, significantly raised Turkey’s interest rates. Meanwhile, in light of Turkey’s political, economic and foreign policy crises, Erdoğan on February 4 openly asked for more support from Germany in Turkey’s EU accession process. In a meeting with Erdoğan, though, Angela Merkel responded by expressing concern; stating that she was “skeptical about full membership for Turkey” and emphasizing that EU talks with Turkey are “open ended.”

Erdoğan has begun to fuse party and state, to blur the distinction between law and legitimacy and to confuse privileges and rights. The state tradition in Turkey, history reveals, tends to concentrate power in incumbent parties. But, in time, the populace (or in the past, the military) intervenes in that centralizing, authoritarian trend. In 2014, it is not the military, but elections, the economy and international pressure that will determine what happens in Turkish politics. The AKP stands to make another strong showing in March, but it will be at the expense of transparency, the rule of law, the separation of powers, and a free media.

What we are witnessing, effectively, is Turkey’s second period of mono-party rule. The only party that has ruled longer than the AKP is Atatürk’s party of the 1920s and ‘30s. That period resulted in Turkey’s alienation from Europe and the Middle East; and that same kind of isolation today endangers the regional and international appeal of the Turkish model.