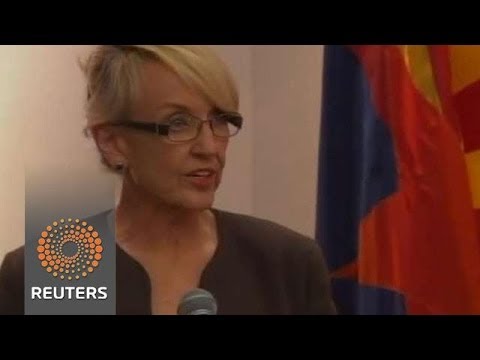 A new survey by the Public Religion Research Institute sheds light on the divisions in the US over gay marriage.

Over all, acceptance of gay marriage is on an upward trajectory, with a majority of Americans now supporting it compared to only about a third in 2002.

What is interesting is who has not joined in this rapidly increasing consensus.

First of all, Republicans mostly have not. Some 62% of Republicans, nearly a super-majority, oppose same-sex marriage.

This statistic is the mirror image of Democrats, among whom 64% support same-sex marriage.

The elderly have not joined the new consensus Of the “silent generation” now 68 and older, only 37% support gay marriage.

In contrast, among Millennials about 70% support gay marriage.

Youth is such a determining factor here that it overwhelms the other identity considerations; 60% of African-American Millennials accept gay marriage and half of young Republicans do.

People who don’t know any gays have not joined the new consensus.

“Americans who have a close friend or family member who is gay or lesbian are 27 points more likely than those who do not to favor allowing gay and lesbian couples to legally marry (63% vs. 36%).”

The negative teachings among some Protestants about gays has been experienced as alienating by many people. Some 25% of Americans who have left their childhood religion say that their church’s negative teachings about or treatment of gays and Lesbians was one reason they abandoned their faith.

About one third of Millennials (those born in the early 1980s through around 2000 CE) who have left their ancestral religion said they did so in some part because of their religion’s negative feelings toward gays.

So not only are young people significantly more accepting of gay marriage than the elderly, but a significant proportion are even leaving their ancestral religion over anti-gay prejudice.

Southerners have not joined the new consensus, with 48% opposed and 48% accepting. In all other regions of the country, a majority accepts gay marriage, though sometimes a slim majority.

So it is obvious why Republicans are so different from Democrats on the issue. The party is disproportionately Southern, evangelical and elderly.

What is striking about the divide, however, is that it isn’t absolute. Even among Republicans a third or so accept gay marriage. A little over a quarter of white evangelicals do. Among religious people, a majority of white and Latino Catholics accept gay marriage. (One divide the survey does not seem to have tested for is between urban and rural people, for which Catholic and Protestant are fair proxies. Catholics are very disproportionately urban; while many Protestants are urban, Protestants dominate the rural sector).

In every group, far more youth accept gay marriage than older people. This finding suggests that divisive politics around the issue, such as we just saw in Arizona, aren’t long for this world. In 20 years when the Millennials are starting to come to power, discrimination against gay people will always be an overwhelmingly losing issue, among all major groups and in every region of the country.

Reuters: “Jan Brewer vetoes bill, says it could “divide Arizona in ways we could not even imagine” ”