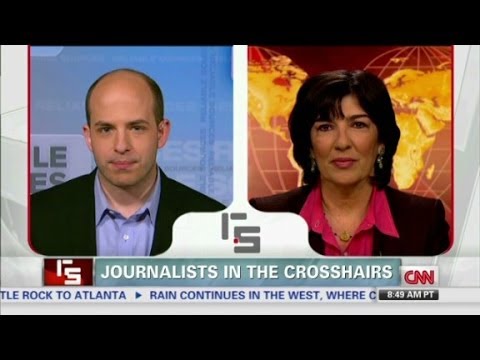 Three years after the revolution, the donkey seems to have become the metaphor for how Egypt’s military rulers spell the word ‘truth’ and intend to tell the story of ‘justice’ and ‘freedom of press’ in their country, writes Jonathan Moremi.

Egypt once more has managed to get itself into troubled water. On 29 December 2013 it arrested three journalists from the TV channel Al Jazeera English in their hotel room in Cairo.

The journalists, award-winning Canadian-Egyptian Mohamed Fahmy, who is the bureau chief of Al Jazeera English in Cairo and has worked for CNN and the New York Times, award-winning reporter Peter Greste, an Australian formerly working for the BBC, and the Egyptian producer Baher Mohamed have been held in the notorious Tora prison ever since with both Fahmy and Mohamed subjected to solitary confinement under harshest conditions for weeks.

Only a few days ago were they moved to another ward and now share a cell with their Australian colleague. Fahmy, who suffered a broken shoulder during the arrest in December, has been denied any medical treatment and is yet to see a doctor. Instead, he is being forced to sleep blanketless on the concrete floor. His family filed another request after he was moved, but so far the authorities have not reacted.

It is not only the appalling conditions of imprisonment that have caused an outcry from the world, with Foreign Ministers and international bodies such as the European Union and the United Nations expressing their alarm at the human rights violations and the attack on a free media in Egypt.

The charges that have been filed by the General Prosecutor against 20 national and international journalists last week, accusing them of ‘supporting a terrorist group’ or, in the case of Fahmy, even being a member and thus a terrorist himself, are serious cause for alarm.

Egypt’s military and transitional leaders declared the Muslim Brotherhood, the political group from which ousted President Mohamed Morsi stemmed, a terrorist organization on 25 December. Now everyone who in any way affiliates with the movement – be it only by conducting interviews with their members as a journalist – are targeted as being supportive of the terrorism the Egyptian interim government vows to fight on all fronts.

The attempts border on the absurd. Dutch journalist Rena Netjes, who only last year spent a night in jail under Morsi when citizens arrested her for allegedly being anti-Muslim Brotherhood, had to flee Egypt in the beginning of the week after the Dutch embassy learned that she was on the list of 20 journalists charged last week for now allegedly supporting the Muslim Brotherhood.

The ‘crime’ she had committed was a visit to colleague Fahmy at his hotel in mid-December where she asked him about information on the Sinai conflict, something Fahmy is known to be an expert in. Hotel staff had made a copy of her passport before she was allowed to go up, and the data was found by the Dutch embassy on the charge list, prompting the alarm and subsequent effort to get her out before it was too late.

The British reporter Sue Turton, who has worked for ITV, Channel 4 and Al Jazeera, too was implicated to have supported the Brotherhood. The charges are just as ludicrous. Turton had only arrived in Egypt late summer to cover the Arab League meeting dealing with Syria. She stayed on for some general reporting and left Egypt in the beginning of November. “The Muslim Brotherhood at that time were not even considered a terrorist group”, Turton says in an interview from Doha, “so how could I have supported terrorism?”

Her guess is as good as anyone’s, including the governments of the countries involved – Australia, Canada, Britain, and the Netherlands. All of them, except Canada which inexplicably is continuing to remain silent, have issued strong words of protest and demand the release of their citizens. NGOs and independent media organizations the world over protested harshly against this onslaught on their colleagues and plead for their freedom.

A worldwide campaign under the twitter hashtag #FREEAJSTAFF with hundreds of renowned journalists from all corners of the world taking photos of themselves with duct-tape across their mouth, holding up cards with the hashtagged slogan, has gone viral. The mess Egypt has created in the field of press freedom of its country has now been seen by millions around the globe and once more heavily tarnished the narrative that the country is on a trustworthy ‘roadmap’ to democracy.

Nevertheless the interim government in Egypt stubbornly sticks to its tale. President Adly Mansour and Prime Minister Hazem El-Beblawy, when receiving members of the British parliament only three days after the terrorism charges against journalists were out, both showed their surprise at the MPs fear that Egypt could fall back into the old times of military rule and suppression and calmly assured that all was well and going according to law.

Egyptian Foreign Minister Nabil Fahmy, who toured European countries last week in an attempt to calm doubts, was caught off guard when at the same time not only a viciously montaged video of the arrest of the journalists in December illegally was aired on an Egyptian channel but also the Dutch journalist Netjes had to flee Egypt with world media picking up the story.

Only a day before Fahmy arrived in Amsterdam, the Dutch Foreign Minister Frans Timmermans publicly demanded from Egypt to rehabilitate Netjes good name and allow her to work again in the country from where she has reported for almost a decade without problems.

To all this Fahmy offered only his continued opinion that in Egypt the judiciary is independent and a fair trial is guaranteed. Something that by the experiences of both national and international human rights groups in the past can hardly be confirmed.

And the reactions of Fahmy’s counterparts in Italy, Germany, the Netherlands, Australia and the U.S., remaining insistent on their demand to protect the media and free the journalists, show that they too have more than serious doubts to this story. Not without reason: Al Jazeera journalist Abdullah Elshamy, who was arrested while covering the clashes at the Rabaa sit-in in Cairo in August, has been held now in jail for 179 consecutive days without any charges having been filed.

His brothers, both world renowned photographers themselves, to this day do not know what he is accused of. Elshamy is now on his 21st day into a hunger strike, protesting against this gross violation of human rights. So far he is only garnering more threats for this from the prison guards.

One is reminded of the times in 2011 when while in the streets of Cairo the clashes were exploding and Egyptian blood was spilled, Egypt’s State TV aired the pictures of a donkey, pulling its cart peacefully along the beautiful banks of the river Nile. Three years after the revolution, the donkey seems to have become the metaphor for how Egypt’s military rulers spell the word ‘truth’ and intend to tell the story of ‘justice’ and ‘freedom of press’ in their country to a seriously worried world.

Jonathan Moremi is a freelance journalist and writer with 35 years experience reporting as a political correspondent both from Germany and the Middle East. Since the outbreak of the revolution in 2011 he concentrates his reporting mainly on Egypt. He has studied law and has worked extensively for international human rights organisations. Follow his blog